B2B sportsbook provider BETBY knows about the huge potential of the Brazilian gaming sector and is working to get the best possible slice of the market. Rosaire Galea Cavallaro, its Sportsbook Sales Manager, has no doubt: “Brazil will inevitably be among the top 5 booming markets in the world.” In this exclusive interview with GMB, he talks about all the topics related to what he also considers “a sleeping giant” with great future. “We can only expect big things from this emerging market,” he states. 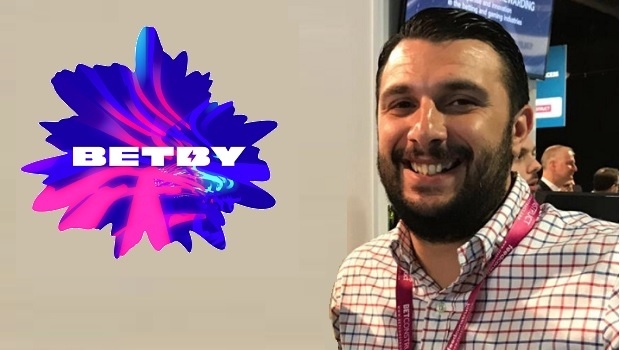 Rosaire started his career in Betsson around 10 years ago, moved up to senior trader and developed his skillset in sportsbook. After 5 years he he moved to Offsidegaming, where he was mostly in charge of all the risk in sportsbook while also trading the big matches, namely the ones of the World Cup. In that position, he was part of a team that traded manual markets that were not possible to be traded by the system, which in turn proved to be profitable for the company. He was then approached by BET Entertainment, where he joined the company and focused on Vivagol, a brazilian brand under the BET group, which was and still is market leader in Portugal. That position led him to join BETBY, where he currently is in charge of the commercials and sales of BETBY sportsbook solution.

GMB- For a Brazilian user who comes to BETBY for the first time, tell us the main 3 strengths of the site?
Rosaire Galea Cavallaro - Flexibility, localisation and innovation. If you look at our demo sportsbook, you’ll instantly realize that our sportsbook looks very different to all other sportsbooks in the industry. We can be very flexible in terms of layouts, customization, design, colors and much more when it comes to front end UX. We are also always open for new ideas, however, keep in mind that we are a provider so then again it has to be the operator who needs to make the most out of our flexibility and innovation.

We feel that us coming into this industry with a fresh approach is paying off as we are growing much faster than we projected, that means we are doing things right. We cover the whole spectrum of sportsbook meaning that it includes risk management, trading, account management, support and various other aspects of the operation, while still making sure to focus on making our customers (operators) differentiate themselves from everyone else in this ever growing industry.

Brazil is a very special market with different features from European countries or USA. What does BETBY plan as a differential for the local bettor?
Brazil is one of the most populated country in the world and everyone thinks of it as a sleeping giant. I previously worked with a Brazilian brand and regulation issues were literally like a roller coaster. One day it’s close, the next day it’s far from happening anytime soon. It is indeed a special market and has massive potential. BETBY will focus on localisation and building a relationship with the customers - something that tickles the fancy of Brazilian players.

We are a B2B sportsbook provider; one of those things is to make sure that the operator using our sportsbook is doing things right and marketing which zooms in on local sports, culture and games should be our main priority. We know that Brazilians love European sports but nothing beats their local leagues and everyone knows that sports, mainly football is like a religion to the fans - some videos on YouTube are enough to make you realize what local competition means and sends shivers down your spine.

One other thing is that we have a side product that is included in our fully managed solution but can be supplied separately - BETBY games. This is a kind of eSport made of virtual bots and built in-house which gives us the capacity to customize for particular markets, depending on the operator’s requirements.

After the regulation and with a certain time of maturity, is it crazy to imagine Brazil among the three most important places in the world for the sports betting market?
Brazil will inevitably be among the top 5 booming markets in the world. Let’s look at some factors that reflect this and will eventually be responsible for this. Population, millennials, economy, knowledge. These are only a subatomic part of the whole picture that will make Brazil one of the biggest markets in the world. Having a population of more than 200 million, upcoming millennials who adopted to the internet world and a massive interest in the gambling industry plus the obsession with sports make a perfect recipe for this. In 2017, Brazil became the world’s 13th biggest gaming market, overtaking Australia and we are in 2020 with regulation getting closer every day, one can only expect big things from this emerging market. Brazil’s status as an emerging economy is another factor to keep in mind as well.

You have already seen that many websites that work in Brazil have invested in sponsorship of clubs, TV, championships, ambassadors, etc. What can we expect from BETBY in that regard?
BETBY is B2B provider so rather than investing in a sponsorship with championships, tv stations etc., we prefer to invest in our software and then collaborate with our customers/operators to push for this. That said, I can’t promise you that we won’t get to a point where we can eventually invest in sponsorships on different verticals of this industry.

As an interested company, you surely follow the market regulation process that Brazil is going through. If you could suggest some key guidelines to the government, what would they be?
I would suggest that licenses will be granted upon scrupulous due diligence but to maintain it open in terms of numbers, since limiting the number of applications might create issues regarding the criteria used to choose who enters and who doesn’t. Also, one other thing which sounds simple and straightforward but still being avoided is a proper complete collaboration and communication between the regulator and operators as this is key to having a healthy market where players are protected and business is responsible

eSports were already growing and the pandemic positioned the vertical into the sports betting market to replace live modalities that were canceled. Brazil is a powerhouse in electronic games. Is that an area where BETBY will also focus? Could eSports be on par with conventional sports in a short time?
eSports is a very controversial subject and there’s so many different opinions about it. Ina nutshell, what is esports? eSports is a game being played by 2 or more people. First thing that comes to mind when I picture this is sports integrity. How easy or how hard is it to fix a game? I am not talking about the biggest competition where winners cash in millions but what about the smaller ones? On the other hand, eSports was there when players had nothing to bet on and the thing is, that players who like to bet in sportsbook will not switch to casino unless there is some sort of cross selling strategies that funnels them into that path. eSports is big in Brazil and they also have their local teams plus a big army of influencers pushing eSports and exposing this to the world. Will it be on par with conventional sports? I don’t think that it will happen especially in Brazil, seeing how people live for the sport and what it means to them. In any case, if we decide to increase or focus more on eSports in our portfolio the nucleus will definitely be local teams and competitions.

Did the pandemic change the objectives/goals that you had for Brazil in these early times since its launch? What can you tell us about the company's next steps?
The pandemic is an unfortunate scenario, it will continue next year, we are planning ahead, and we are confident we will be fine. LatAm in general is an interesting market and even if pandemic slows down everyone, we will make sure to be ahead and keep our proactive approach in the midst of all this. Stay tuned, you will hear from us soon.