Casinos in England will remain closed until at least 15 August after Prime Minister Boris Johnson confirmed a delay in the easing of lockdown restrictions. During a press conference, Johnson announced further restrictions after it was confirmed that Greater Manchester and other parts of the North West would be placed in a “partial lockdown.” Casinos have been closed since 20 May. 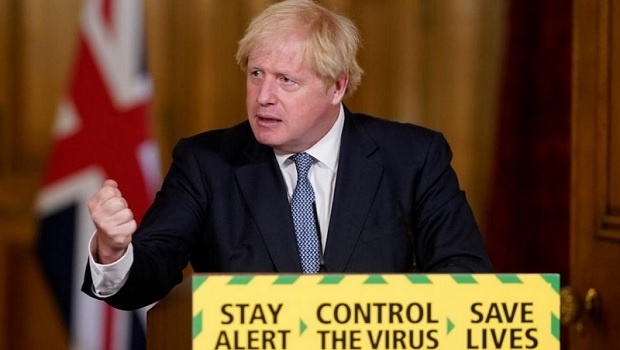 Earlier this month, the government said that it would allow more indoor venues including casinos, cinemas and bowling alleys to reopen from August 1 as part of its gradual easing of lockdown in the UK.

Casinos have been closed since 20 May and remained shuttered despite other land-based gambling outlets such as betting shops (15 June) and bingo halls (4 July) being allowed to welcome back customers.

During the briefing, the Prime Minister confirmed that rules on face coverings, which have been a key mandatory guideline in casinos around the world, will be extended to “other indoor settings where you’re likely to come in contact with people you do not normally meet such as museums, galleries, cinemas and places of worship.”

“We now recommend face coverings are worn in these settings and this will become enforceable in law from August 8,” Johnson said.

Following the announcement of casino re-openings being pushed back another two weeks, chief medical officer Chris Whitty explained that the country has “probably reached or neared the limits of what we can do in terms of opening up society.”

However, Michael Dugher, chief executive of the Betting and Gaming Council, criticizes the decision saying there is “no evidence” to show that casinos are higher risk venues. He also blasted the decision to enforce the ongoing closures nationwide.

“What happened to the government’s local lockdown strategy,” Dugher said in a Twitter post. “Why should a casino business remain closed in Bristol in the south west, where Covid-19 is low, because there’s a spike in greater Manchester? Big threat to jobs.”