Poker and pandemic: How COVID-19 affected tournaments and casinos worldwide

The relationship between poker and pandemic, in a world plagued by coronavirus, has several facets. While interest in online gambling has reached record levels, the live circuit, involving series of tournaments, clubs and casinos worldwide, has suffered an important crisis. The first major event postponed was the Triton Series Jeju, which would take place on February 10-22. Since then, with the COVID-19, the domino effect of cancellations began to affect all circuits. 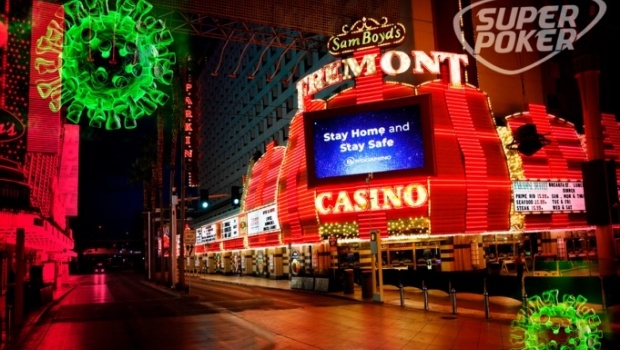 Stages such as BSOP São Paulo and Rio de Janeiro, EPT Sochi, PokerStars Players Championship in Barcelona, among many others, have been cancelled.

The Latin American scene, which would also feature the debut of the PAPT (Panamerican Poker Tour) and the first stage of the PPWC (PPPoker World Championship), saw both events also becoming impossible. In the cities, clubs were also closed, including the H2 Club venues in São Paulo, Goiânia, Campinas and Curitiba. The most recent cancellation was the WSOP, the Poker World Cup. The series would be held in Las Vegas, one of the places that suffered the most from the crisis.

Las Vegas has the busiest period in the northern hemisphere summer, receiving millions of people. In April, for example, the city's casinos generated about US$ 3.7 million in revenue. This represents a 99.6% drop compared to the same month a year ago, which recorded US$801 million in revenue, according to the Nevada State Gaming Control Board. 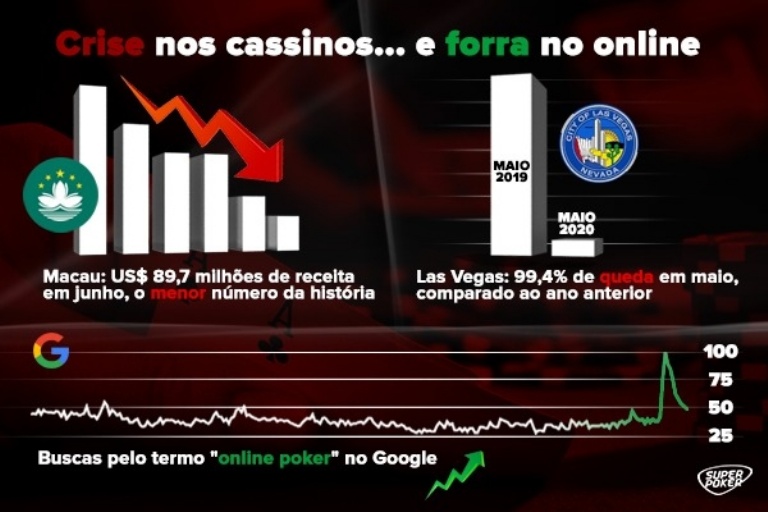 A similar situation was experienced by Macau, the most popular gambling zone in Asia and the place of the most expensive poker tables in the world. The gambling authority in the region announced that June was the lowest revenue month in history, with US$89.7 million, 97% less than June 2019. In the first half of 2020, total revenue reached US$ 18.7 billion, 77.4% over the same period last year.

However, not everything is bad news in this scenario. With the drop in confirmed cases, some casinos and poker rooms around the world have already started to reopen. Kings Casino in Rozvadov, Czech Republic, is one such case. Owner of the largest Poker Room in Europe, the casino reopened in early May, offering cash game tables and even holding the first reopening tournament.

In the United States, the situation is also showing signs of improvement, but with more caution in relation to the European scenario. Casinos like Seminole Hard Rock in Tampa, Bellagio, Venetian, Aria in Las Vegas have reopened. With new measures to reduce the risk of contagion, they immediately accumulated long lines at the cash game tables. However, the recent increase in cases recorded in the states of Florida and Nevada threatens a further closure of properties. This was the case at Bicycle Hotel Casino in Los Angeles. The place reopened, but again had its doors closed by order of the Governor of California issued on July 1st.

So far, the realization of large series, those with the presence of players from other countries, still seems a distant reality, as well as the return of live events in Brazil. For now, the main festivals are betting on online versions of the tournaments. Clubs, on the other hand, have turned to apps to continue offering the mind sport.