After almost four months paralyzed, the Catarinense Championship will return to action. As of this Wednesday (8), Santa Catarina’ state tournament resumes its 2020 edition with the knockout stage where all 10 participating teams begin to define their futures. Users of bookmaker Betsul has the chance to follow the whole activity, with live and exclusive broadcast on the website in partnership with TVNSports. 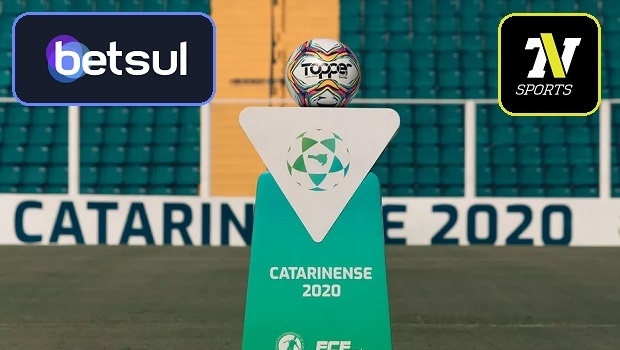 Only on Betsul, one of the best sports betting sites in South America, and in partnership with TVNSports, the football fan will be able to follow ALL the matches of the second phase of the Santa Catarina Championship.

In March, the nine rounds of the first phase of the Santa Catarina Championship came to an end, dividing the participants into two groups (while the first eight went to the knockout stage, the last two compete to see who will be relegated).

Avaí, Brusque, Figueirense, Marcílio Dias, Criciúma, Juventus-SC, Joinville and Chapecoense were in the top group; while Concórdia AC and Tubarão finished as the two worst in the standings.

How the second stage works?

In the knockout and the fight against relegation teams shall play one home and one away match each, with the one in better position during the first stage being able to play the decisive game at home. However, as there will be no fans at the stadium, this benefit loses much of its strength.

In none of the knockout stages the visitor will have the advantage of the qualified goal, the famous “away goal”. Therefore, in the event of a tie in the number of points and goal difference of the match, the decision will go straight to penalties.

Who can take advantage of the first phase?

It is difficult to say how the teams reach the knockout stage after this long pause. As it was seen in the Bundesliga, for example, the stoppage was very beneficial for some teams, but it hurt others a lot. Thus, it is possible that some teams that in March were favorites, today no longer live up to expectations.

Anyway, taking into account what has happened so far, Avaí and Brusque are the main protagonists of the 2020 edition of the Santa Catarina Championship. However, Figueirense also had a great record, so much so that they have the best defense in the competition.

Chapecoense is another team that was doing well. At serious risk of relegation, Chape recovered in the final weeks of the tournament and also reaches the knockout stage with good defensive numbers.

With the long waiting time, some new names could be registered, in addition to other players who are now no longer part of the rosters of the teams that dispute the Santa Catarina championship. In Avaí, for example, world champion Ralf, ex-Corinthians, was enrolled. In Chapecoense, the novelty is defender Felipe Santana, with a successful period at Borussia Dortmund.

All 10 teams in the competition have new players and lost others, and this will certainly impact the performance of the post-stoppage teams.

- For those who are not registered, they must first do so and log in to the site;

- To attend the desired event, it is necessary to have a balance in the account; there is no minimum amount, just have an active balance;

- From the moment he is registered and with the available balance in his account, the user will be able to see the events LIVE;

- Then he must enter the modality page and select the match;

- Finally, just click on the "Live" button in the upper left corner of the match page and follow the broadcast.