Return of Brazilian football: How is the situation of all state tournaments

Today, Wednesday 8, the Catarinense Championship return after the stoppage forced by the pandemic. It is the second state to return to action in Brazil, after only Rio de Janeiro, which returned on June 18. A key matter for betting operators, this is the situation of each state’s championship. Meanwhile, the Brazilian Football Confederation stated that Series A, B and C of the national tournament (Brasileiro) will start on the weekend of August 8 and 9. 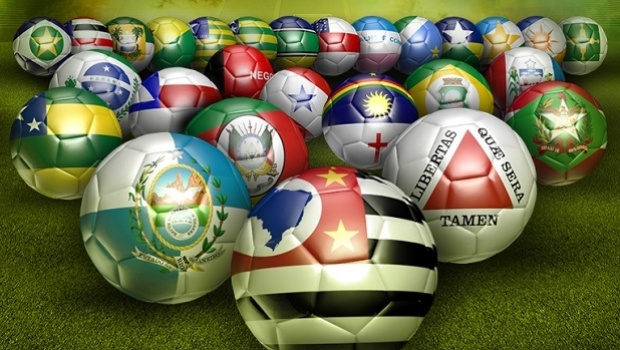 Carioca Championship – Rio de Janeiro
Carioca started again on June 18 and could end today (Wednesday). If it wins the Rio Cup, Flamengo will be state champion. If Fluminense wins, there will be two matches between the teams to define the title.

July 18 - Paraibano Championship - Paraíba
The clubs have already resumed training, and the championship is scheduled for July 18. There will only be a date change if the state of the pandemic situation worsens.

July 26 - Mineiro Championship - Minas Gerais
Meeting this Tuesday defined the return of the Minas Gerais Championship to July 26. Two rounds to go until the end of the first phase, in addition to semifinals and final.

August 1 - Paraense Championship - Pará
In Pará, after several meetings, the clubs managed to reach consensus, and the local federation marked the resumption for August 1. There will be no public or relegation, and all matches will be played in Belém.

August 1 - Campeonato Maranhense - Maranhão
The tournament was scheduled to return on August 5. However, as the CBF announced the start of Serie B do Brasileiro for the 8th, the federation had to change plans due to Sampaio Corrêa's participation in both competitions. Thus, the FMF anticipated the restart of the state tournament to August 1.

July 18 - Alagoas Championship - Alagoas
The intention of clubs and federations is to resume it on July 18, but it is still pending the approval of state authorities. Also, with an eye on the Brazilian B Series, CRB and CSA returned to training on June 23. The teams from the countryside remain stationary.

July 18 - Brasiliense Championship - Brasilia
The federation is working on a possible return on July 18, but the sports secretary, Celina Leão, already mentioned that it would be in August. For the time being, the government has only allowed the return to training - without physical contact between athletes - for clubs that manage to do weekly COVID-19 tests on the rosters and employees.

July 25 - Sergipano Championship - Sergipe
The championship round should take place on July 25. The date was set in a meeting between the Sergipe Football Federation and representatives of the clubs participating in the final round. However, it is still pending the endorsement of state authorities.

November - Rondoniense Championship – Rondônia
The tournament returns in November, with only five teams in competition. After the federation confirmed the new date, six clubs withdrew from continuing playing, given that the entity guaranteed that the clubs that quit will not suffer any penalty. Among them it is the current champion, Vilhenense.

Acreano Championship - Acre
There is still no return date, and clubs remain prohibited from training. The federation wants to schedule a meeting with the Municipality of Rio Branco to present a protocol aligned with that of CBF focused on the local reality, to try to get the authorities to allow the return of activities.

Amapaense Championship - Amapá
The City of Macapá extended the decree banning sporting events in the city until August 3. With that, the local tournament still has no date for return. Clubs are prohibited from training.

Baiano Championship - Bahia
There is still no date for the return of the championship, but the federation has the expectation of resuming the competition this July. For that, it depends on the government's release. What has already been decided is that the tournament will not be played at a single venue.

Capixaba Championship - Espírito Santo
The tournament still has no scheduled return date. The federation awaits the approval of the state government to allow the clubs to return to training and, in a second moment, determine the date of return of the championship.

Gaucho Championship - Rio Grande do Sul
The federation proposed to restart on July 19, but the government has already informally dismissed that date and signals with the release at the end of the month or at the beginning of August. FGF works with the 26th as the cut-off date, in order to avoid conflict with the CBF calendar. In the face of uncertainty, the possibility of the championship being closed is growing behind the scenes.

Goiano Championship – Goiás
The tournament is unlikely to resume before the end of the year. Most clubs have no financial ways to reassemble the rosters. An idea that pleases smaller clubs is to resume Goianão in December. In this way, the squads would be formed to end the 2020 championship and begin the 2021 season.

Mato Grosso Championship - Mato Grosso
In Mato Grosso, the local federation and the eight teams that continue in the competition decided to finish the state on the pitch. However, still no date set. Only Cuiabá, which competes in the Brazilian B Series, returned to training. Most clubs want to play in November or December.

Paranaense Championship - Paraná
The federation wanted to resume the tournament on July 15. The letter of intent was sent to the State Health Secretariat, which said it did not consider the time to be appropriate for the discussion. Along with this, the government of Paraná and the city of Curitiba expanded isolation measures. In the capital, authorities ordered the suspension of club activities.

Paulista championship – Sao Paulo
The São Paulo Football Federation on Tuesday requested the state government to restart the tournament on July 22. The return, however, still depends on the approval of Governor João Doria and the health agencies. If the date is confirmed, Paulistão will end exactly on the weekend of the start of the Brasileirão, scheduled for August 9.

Pernambucano Championship - Pernambucano
The return of the tournament depends on the authorization of the state government, which is in the process of making activities more flexible. There is still no set date. Clubs in the capital resumed training on June 15, and those in the countryside are almost all back in business.

Piauiense Championship - Piauí
The return date remains undefined. In recent weeks, the proposal to resume the tournament only in November gained strength - the intention is to escape the peak of COVID-19 and unite the final stretch with the 2021 pre-season. The managers await a final position from CBF in relation to the Series D to assess the best fit on the calendar.

Potiguar Championship - Rio Grande do Norte
The resumption of football in Rio Grande do Norte has yet to be defined. The federation submitted a protocol prepared by a medical commission to the State Department of Public Health but has not yet received the approval for clubs to return to training. For this reason, América-RN decided to hold a 10-day inter-season in Pernambuco.

Roraimense Championship – Roraima
The Roraimense Football Federation awaits the release of the authorities to project the return of football in the state. Until then, no protocol has been adopted for the resumption, and there is no definite return date.

South-Mato-Grossense Championship - Mato Grosso do Sul
The clubs have only decided that the competition should be completed on the pitch in 2020, with no set return date. The initial plan is to play again in December.

Tocantinense Championship - Tocantins
The tournament has no set return date, and clubs have not yet been authorized to train. For now, players do activities only at home.

Amazonense Championship – Amazonas
Amazonense is the only state that was terminated, in a decision taken on March 20. A meeting will be scheduled with the eight clubs to define more details on the termination. Whether there will be champions or relegated and who will gain the places in national tournaments.