The government of Sao Paulo announced the return of the Paulista Championship on July 22, a date that was confirmed by Governor João Doria at the Palácio dos Bandeirantes. The event was also attended by the president of the Sao Paulo Football Federation (FPF), Reinaldo Carneiro Bastos. The final of the competition is scheduled to take place on August 8 (Saturday), one day before the start of the Brasileirao, the national tournament with participation of teams from all the states. 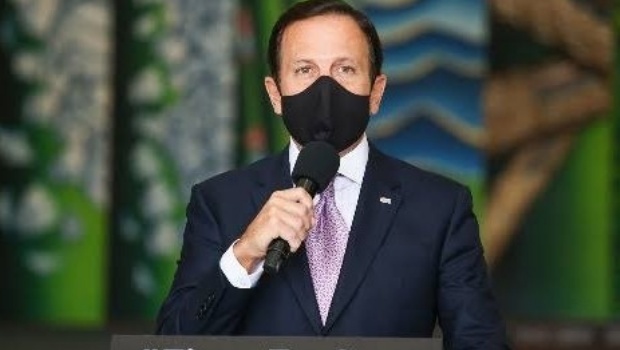 "I love football, I play and watch. I am a Santos fan. We are friends of the sport, especially football," said Doria.

The protocol for the resumption of ‘Paulistao’ was jointly approved by the Contingency Center and the Sao Paulo Football Federation. The games should take place behind closed doors and in cities in the yellow phase of the Sao Paulo Plan, made for a gradual resumption of economic activities.

"Stadiums should be sought in regions classified as yellow. There may be a change in the region, and this will be revised. What is agreed is that, even teams in places with another classification, will play in yellow regions. If it is not possible, we will talk with the federation to discuss specific situations," said the coordinator of the Contingency Center, Paulo Menezes.

In the protocol obtained by Danilo Lavieri's blog, the Federation also defined a series of safety rules, including the obligation for the team to concentrate on a hotel or training center and various other measures necessary for the games to be held.

The new regulations provide that all 16 clubs are concentrated in previously defined and prepared locations throughout the competition's game period. The goal is to have greater control of the athletes and those involved in each match, to reduce the chance of contamination.

In addition, with 48 hours notice, the teams will send the list of people who will travel or who will go to the stadiums. The use of masks and alcohol gel dispensers will be mandatory in different sectors. To maintain adequate distance, clubs will be able to expand existing reserve banks or use the front rows of the stands.

Before the games, the body temperatures of everyone who accesses the stadiums will be measured. If it is above what is considered normal, that person must return for medical advice.

The Paulista Championship was interrupted in March due to the COVID-19 pandemic.

Final close to the start of the Brasileirao

The schedule of the final for August 8 raised questions about the proximity to the beginning of the Brazilian Championship, scheduled to start a day later. According to the president of FPF, the topic will be discussed in common agreement with the Brazilian Football Confederation (CBF).

"We have an understanding with the CBF, and we will find the best way. It will be taken care of when defining the two finalists. It is a matter that will be resolved in common agreement with the CBF," he said.