A US$17.3 billion operation

Caesars-Eldorado merger a step closer after approval of Nevada regulators

The proposed US$17.3 billion takeover of casino operator Caesars Entertainment by its smaller rival Eldorado Resorts took a big leap forward as state’s the Nevada Gaming Control Board and the Nevada Gaming Commission gave grren light to the mega-deal. The deal, originally announced in June 2019, will make Eldorado the largest US casino operator by number of properties. 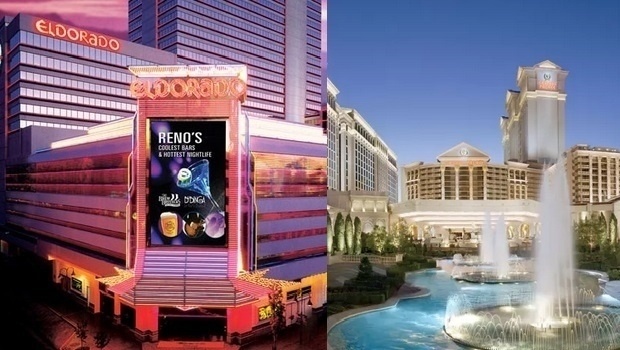 The Federal Trade Commission gave its blessing to the tie-up on June 26 after Eldorado agreed to offload several properties from its portfolio, including ones in Lake Tahoe and Louisiana.

The deal, originally announced in June 2019, will make Eldorado the largest US casino operator by number of properties. Its portfolio will include 55 casino resorts in 16 US states and several other countries.

The combined business will continue operations and will trade under the name Caesars Entertainment Inc., since the Caesars brand is the more popular of the two. Eldorado CEO Tom Reeg will step in as chief of the enlarged casino group.

During a three-hour presentation before the Nevada Gaming Control Board on Wednesday, Reeg said that they should expect them to focus on their domestic operations. His focus once the merger closes will be to boost the performance of Caesars’ properties along the Las Vegas Strip and the rest of the country and to bring Eldorado’s properties into Caesars’ customer loyalty program.

The executive told regulators that what they are good at is “taking existing properties, optimizing their operations, building a responsible capital structure and driving value for all of our stakeholders.”