Corinthians signed a contract with a new sponsor for the jersey sleeve of the club's uniform. This is sports betting firm Galera Group, owner of Galera.bet website with bases in Israel (where the site is hosted) and Cyprus and would have a relationship with PokerStars. The official announcement will be made today (Thursday). The contract will bring to the club at least R$40 million (US$7.5m) that may grow due to fans' activity on the site. 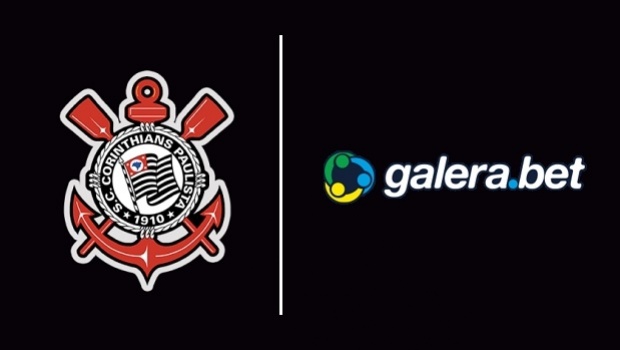 The agreement foresees that Galera Group will launch a betting website (football, tennis, baseball, basketball, boxing, MMA, eSports, among others) already in August with the Corinthians brand.

The contract is valid for four or five years (not yet officially reported) and will give Sao Paulo’ club with biggest crowd fan at least R$ 40 million (US$7.5m), an amount that may grow depending on the use of the betting site by Corinthians fans, as it happened with Banco BMG. The new sponsor will already be displayed on team's next game, on July 22, against Palmeiras, at the Arena.

Unlike what happens on betting platforms known to the general public, a website will be created especially for Corinthians.

The new company Galera Group would be a subsidiary that makes only 'fixed-odds' bets and recreation, without necessarily having a direct link to PokerStars, although the people who did the business are the same.

It was even said that in the negotiation for this agreement, the participation of Ronaldo Luís Nazário de Lima, better known as Ronaldo or Ronaldo Fenômeno, who played for Corinthians and was ambassador of PokerStars, would have been essential.

Corinthians itself had a company of the betting sector on its jersey: MarjoSports. The company signed with the club in the middle of last year and had a valid relationship with ‘Timão’ until the end of this season. Earlier this month, however, citing problems because of the financial crisis, the deal was cancelled.

It is worth remembering that Timão suffers from the loss of revenue during the pandemic and eagerly awaits the money from the sale of midfilder Pedrinho to settle its accounts. That is, the immediate entry of money will bring relief to the black-and-white team.

Currently, Corinthians has eight sponsors on its uniform: Banco BMG (master), Totvs (will be replaced by Serasa Limpa Nome, starting this month), Everyone Card, Hapvida, Midea, Ale, Joli and Poty. In addition to Nike as a supplier of sporting goods.