Numerous Las Vegas Strip casinos have notified the state regarding permanent job reductions, as well as potential further cuts to their staff due to the ongoing economic fallout from the COVID-19 pandemic. Although unemployment rate in U.S. fell from 13.3% to 11.1%, Nevada’s figures stand much higher at 25.3% as of May. The sector partially reopened on June 4 but required number of protective measures substantially reduced the business. 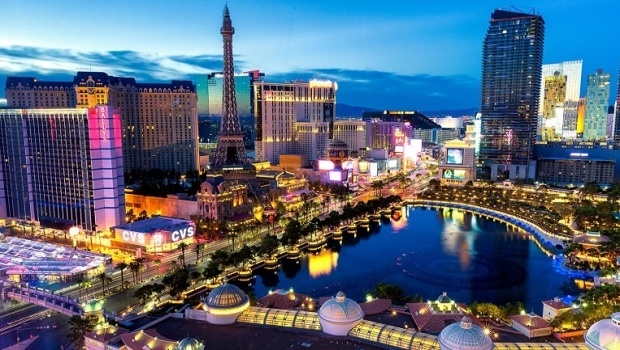 In June, several casino operators informed the Nevada Department of Employment, Training, and Rehabilitation’s (DETR) Employment Security Division of mass layoffs. The filings are made in accordance with the federal Worker Adjustment and Retraining Notification Act (WARN), which requires companies with more than 100 employees to provide impacted workers with a 60-day advanced notice of their terminations.

The US Bureau of Labor Statistics released a record-breaking jobs report last week. The nation added 4.8 million jobs, far surpassing expectations. The report piled on to the 2.5 million jobs added in May.

While hospitality is slowing getting back to some sense of normal, the filings in Las Vegas hint that companies remain greatly concerned with their near- and long-term outlooks.

DETR said it has experienced an uptick in unemployment insurance claims. New claims totaled 11,110 for the week ending June 27. More than 528,000 claims have been filed since March 14 in Nevada.

M Resort told the state that 328 employees will be let go on August 15. M Resort parent company, Penn National Gaming, told DETR that corporate jobs at the company’s Las Vegas offices will also be slashed. Treasure Island employment officials said it will be permanently laying off 414 employees effective August 14. Sahara Las Vegas did not specify numbers, but told the state it “plans to implement a layoff” at the Strip property on September 18, 2020.

Casinos were hoping it wasn’t going to come to this.

“When we recently learned we would be able to reopen on June 4, we had hoped we would be able to bring the majority of employees back to work in the next few months,” said Cary Berner, VP of human resources at Sahara. “Though we have been able to reopen to some extent, we are required to comply with a number of protective measures that will substantially hamper our business.”

“We anticipate a continued significant decrease in revenue; cancellation and non-booking of the hotel, restaurant, and entertainment events; and significant postponement and cancellation of convention bookings,” the Sahara exec concluded.