Measure needs to be voted by Congress

The federal government published in an extra edition of the ‘Diário Oficial da União’, on Friday (7), a provisional measure (PM) that authorizes Caixa subsidiary companies - such as Security and Lottery - to form new subsidiaries and acquire control or ownership interest in private companies. The measure takes effect immediately but needs to be voted on by Congress in the coming months. The bank's president had advanced the plan to open the capital of Caixa Lottery until the beginning of 2021. 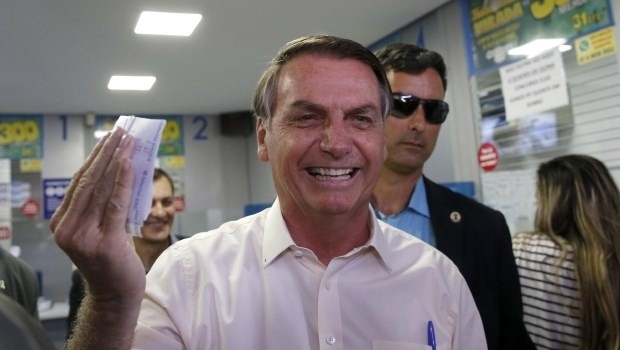 Caixa Econômica Federal (CEF), the only bank that is 100% owned by the federal government, is responsible for managing most social programs, such as emergency aid against the coronavirus.

The federal government published in an extra edition of the ‘Diário Oficial da União’ on Friday (7), a provisional measure (PM) authorizing subsidiary companies of Caixa Econômica Federal - such as Caixa Security and Caixa Lottery - to form new subsidiaries and acquire control or equity interest in private companies.

According to the government, the measure will enable a plan to sell Caixa assets. The bank tries to dispose of less profitable or strategic areas in order to pay off debts and boost operations in other sectors.

As it is a provisional measure, the authorization will take effect from last Friday (7), but the text still needs to be approved by the National Congress within 120 days. Otherwise, it will expire. The authorization provided for in the proposal is valid until December 31, 2021. According to the government, this period will be sufficient to carry out “restructuring” at Caixa.

"This measure is the first step towards the divestment and sale of Caixa assets. With this restructuring, the intention is to reduce the bank's operations in sectors such as the insurance market and sectors considered non-strategic," informed the General Secretariat of the Presidency of Republic.

The bank's president, Pedro Guimarães, had advanced the plan to go public until the beginning of next year of Caixa Security, the fourth largest insurance group in the country, of the Lotteries sector, and of the card and asset management area of CEF.

Palácio do Planalto also says that the changes planned in the asset divestment plan will not affect public policies run by Caixa, such as Bolsa Família and real estate financing. "On the contrary, it will allow Caixa to focus its resources and efforts on these activities," said the government, in a note released after the measure was published.

Caixa is 100% publicly owned, unlike Petrobras and Banco do Brasil, which trade shares on the stock exchange market. The sale of its subsidiaries would make it possible to raise funds to pay a debt of R$ 40 billion from the bank to the Federal Government. "I am not thinking on doing a giant IPO [public offering on the stock exchange] and then put the price down there," said Guimarães.

According to the executive, the bank's intention is to open the capital of the assets not only in B3, but also abroad. "It is very important for Caixa's governance that it be listed on the New York Stock Exchange," said the bank's president.

On Thursday (6), Economy Minister Paulo Guedes said that the government will propose, within 60 days, the privatization of three or four large public companies. The minister said he considered privatization a strategy to improve public accounts - affected by the new coronavirus pandemic.

Guedes, however, did not mention which state-owned companies will be offered for sale. At the ministerial meeting on April 22, Guedes referred to Banco do Brasil. "You have to sell this shit right away," he told President Jair Bolsonaro and other ministers.