Japan considers to postpone IR casino projects due to the coronavirus

Japan’s Minister of Land, Infrastructure, Transport and Tourism, Kazuyoshi Akaba, has indicated that a decision will be made on whether to postpone the certification application period, originally scheduled for January to July 2021, based on the impact of the COVID-19 on operators and local governments. All four candidate locations to develop an IR – Yokohama, Osaka, Nagasaki and Wakayama – have postponed their Request for Proposal (RFP) processes. 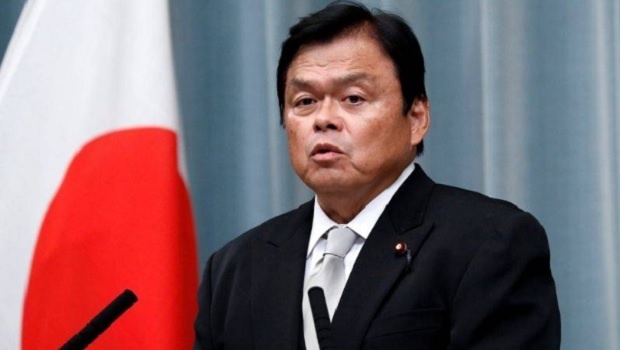 “Some IR operators who have partnered with local governments are in a difficult situation due to the impact of COVID-19, and there have been opinions expressed that the future is uncertain,” Akabe stated at a press conference.

“We will take action once we have properly confirmed the situation with local governments on the ground,” he added.

As it stands, all four candidate locations to develop an IR in Japan – Yokohama, Osaka, Nagasaki and Wakayama – have announced the postponement of their respective Request for Proposal (RFP) processes due to the impact of COVID-19 and uncertainty over the release date of the central government’s Basic Policy on IRs.

A number of operators have also expressed reservations or withdrawn from the race completely, including Las Vegas Sands which announced its exit from Yokohama in May.

Wynn Resorts last week confirmed the closure of its Yokohama office with CEO Matt Maddox stating that although it remains interested, “right now it’s not a focus for our company.”

MGM Resorts, the sole remaining candidate to develop an IR in Osaka, also confirmed that it still intends to pursue its Japan bid but warned it could pull out if it deems the potential return on investment no longer attractive.

Akaba had previously stated in June: “While the COVID-19 pandemic is still spreading, we have been in contact with local governments intending to submit an application for a bid and confirming whether or not there will be issues with the scheduled application period of January to July 2021.”

The fact that he has now directly referenced the impact of COVID-19 on operators suggests the central government is now considering all possibilities.