Brazilian football club Náutico, from the city of Recife, has a new master sponsor: estadium.bet. The sports betting company will display its brand on the noblest space of the white uniform. The partnership is valid until the end of December 2021 and for the announcement, the club made a string recalling the upward trajectory in recent years. ‘Timbu’, as Náutico is known, is the tenth club sponsored by estadium.bet in Brazilian football. 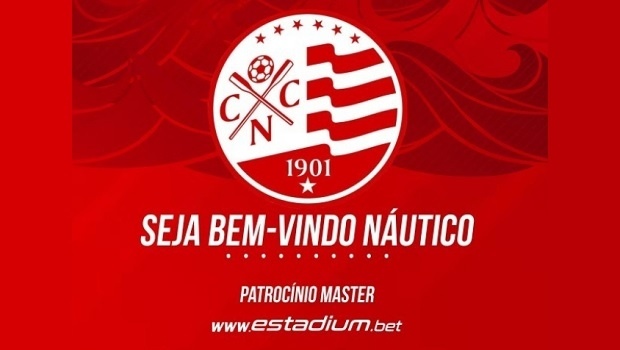 Náutico did not disclose the value of the agreement with estadium.bet, which has made many investments in Brazilian football in general, and in Pernambucano in particular: the company is also the main sponsor of Santa Cruz and has made an agreement with the local federation to buy the naming rights for the state championship.

With the agreement, ‘Timbu’ managed to "close its shirt" for the rest of the season. Only the most important space of the uniform was available.

The most curious thing was the way in which Náutico announced the partnership. In a very northeastern way, the club made a string, in which it remembered the upward trajectory in recent years and the return to the Aflitos stadium as milestones of a journey that aims to return to the first division.

“To manage a centenary club, with #AMaisFieldoNordeste, in addition to warrior people, who hold the rocket, we need great partners. In a very northeastern way, our new master sponsor: Open wings, Caldeirão, That Estadium just arrived,” says the club on its social networks.

Estadium.bet is one of the companies that has invested the most in national football. In addition to Náutico, the company also supports Santa Cruz, Decision, Vila Nova, Goiás, Ceará, Salgueiro, Paraná Clube, Botafogo-PB and Criciúma, and has the “naming rights” of the state tournaments in Pernambuco, Sergipe and Alagoas.

The platform, headquartered in Germany and present in 16 countries, has a selection of sports and live betting that offers fans a multitude of leagues and championships around the world. The Brazilian Championship, Bundesliga and Premier League are part of the menu, as well as NBA, NFL, NHL and many other events.