Official announcement of the US firm

SportsTech leader in data and AI technology, Stats Perform, has been announced as the exclusive betting streaming rights and betting data provider for Brasileirão Série A & Série B in a multi-year deal, commencing at the start of the 2020 season. The deal includes exclusive live streams for betting, plus collection and distribution of betting data for licensed sportsbooks. The partnership with CBF is a joint betting streaming and data rights deal with Zeus Sports Marketing (ZSM), a boutique agency with offices in London and Singapore. 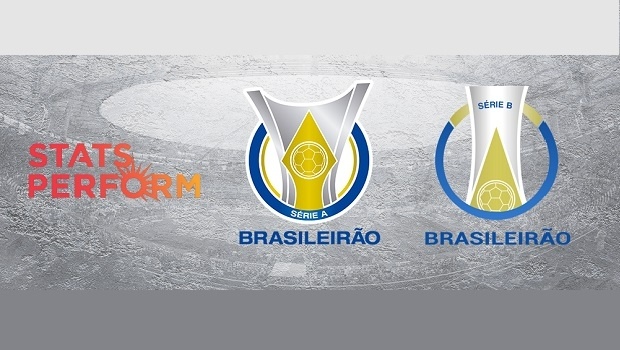 Alex Rice, Stats Perform Chief Rights Officer, commented: “We are delighted to be chosen and trusted by CBF and the clubs to deliver high quality betting experiences.  Brazil produces the largest number of professional footballers around the world, with many of the world's most exciting prospects emerging from Brasileirão Série A before making the move across the Atlantic to Europe's leading clubs. It is an exciting time to be involved and we look forward to working with the leagues as they kick off their season.”

Josh Burack, Partner & Managing Director, Zeus Sports Marketing Asia Pacific, said: “ZSM is delighted to have orchestrated this landmark commercial arrangement between the CBF, the Clubs Commission and Stats Perform which ensures that Brazilian football returns to the betting and data arena. We look forward to serving Stats Perform, the CBF and all 40 Clubs from the top two divisions to bring this high-profile football content to services around the world.”

At a time when Brazil and many other countries around the world are facing challenging times due to the Covid-19 pandemic, Brazilian Football fans around the world were given a great boost this past weekend with the return of Brasileirão Série A and Série B to screens at home and around the world.

GSRM, the Latin-American based group which includes Fanatiz, 1190 Sports and investment firm 777, was announced as the global international media rights agency for Brazil’s Série A and Série B competitions. GSRM's main objective will be to increase the visibility and interest of consumers from all over the world in Brazilian football through the distribution of matches on TV, Cable TV, Pay Per View and Streaming.

In addition to the direct sale of broadcasting rights to other television channels, GSRM will also create an OTT streaming platform to showcase all matches of the Brasileirão Série A and Série B, through monthly subscriptions, which can be accessed worldwide, except for the Brazilian territory.

The idea is to export Brasileirão's image through direct sales to consumers, and also to explore opportunities such as sponsorships for the Brazilian football product, the creation of branded content and virtual advertising during broadcasts, among many other possibilities to generate earnings for clubs.

“The main focus of our work is to increase the visibility of Brasileirão Series A and B championships abroad and to take it to a higher level of international exposure. Today there is already a great interest, not attended, for Brazilian football in markets in Asia, Latin America, North America and Europe,” explains Hernan Donnari, CEO of GSRM.

“The Brasileirão Série A is one of the top ten leagues in the world and the country is the number one exporter of players on the planet, something that in itself already generates great attraction and makes other regions turn their eyes to the football played in the Country", Donnari added.