With no local TV, Fortaleza and Athletico fans watch the game “pirated” to Bet365

Fans from Fortaleza and Athletico Paranaense were able to watch the game between the two clubs (which had no local TV by Globo and TNT) thanks to several illegal websites and YouTube channels that reproduced without permission, from abroad, the international broadcast shown on betting website Bet365. By contract, the event is closed to the Brazilian public. The brand purchased the Series A rights to Zeus Sports Marketing and Stats Perform. CBF said it will investigate what happened with the game's producer. 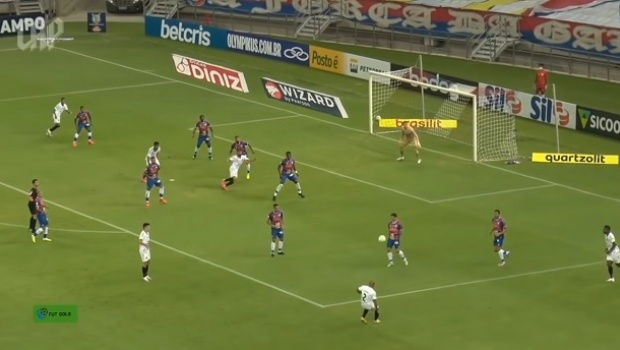 Without a live broadcast at the option of the TNT channel, this Saturday (8) match between Fortaleza and Athletico, in the debut of the Brasileirão championship, should not have been seen by fun of both. However, the game was shown illegally on several YouTube sites and channels.

The broadcast was carried out outside the national territory, but the Brazilians living abroad could watch the game through Bet365, only having money available in the account of the betting site. The images of the match were pirated and made available on irregular live TV sites, obviously without permission from Bet365. One of the pirated broadcasts on YouTube was taken down by Globo, owner of the rights to open TV and internet.

On subscription-based TV, the right belongs to Turner, who decided not to broadcast the game at Castelão. Athletico, the only team that had not agreed the sale of these media, signed a contract until 2023 last Friday (7).

The broadcasts took club officials by surprise. Sought, the Brazilian Football  Confederation (CBF) said it is investigating what happened together with the game producer. The entity was responsible for negotiating, in April, the sale of rights abroad.

The winners were Global Sports Rights Management (GSRM) (international rights for open TV, subscription-based TV, pay per view and streaming) and a consortium formed by Zeus Sports Marketing and Stats Perform (broadcast on betting sites). This contract is valid until 2023 and, until then, companies will pay R$ 209 million (US$ 38.5m). The clubs chose this proposal precisely for the bets, since the teams clubs earn a percentage per game of what the fans bet.

This contract for international broadcasting was signed in April and provides for the broadcast of 760 games worldwide. The production will have images generated by Globo in most cases, but the narration will be done by TV producer NSports, which takes care of, for example, the pay-per-view of the Men's and Women's Volleyball Superliga in Brazil.

For Fortaleza x Athletico, the narration was made by Napoleão de Almeida with comments by Fábio Piperno, who work on the BandSports channel. On social networks, fans of the two clubs "thanked" the betting sites for the broadcast, which made the opening game of the Brasileirão have some kind of exhibition.

In Brazil, Fortaleza and Athletico have a contract with Turner for pay TV, but TNT chose not to broadcast the game, what generated a revolution on the web. As Athletico does not have a contract for pay-per-view, the game could only be shown on open TV, something that would be difficult for Globo at the time (19h, Brasília time).