Representatives of Caixa employees promise pressure in Congress and in Justice to try to overturn a Provisional Measure (PM) that allows the privatization of state-owned bank subsidiaries, issued last Friday (7) by President Jair Bolsonaro to streamline the sale of transactions such as insurance and cards. In addition, the government plans to sell other divisions such as lotteries, resource management and digital banking, according to Fenae's president, Sergio Takemoto. 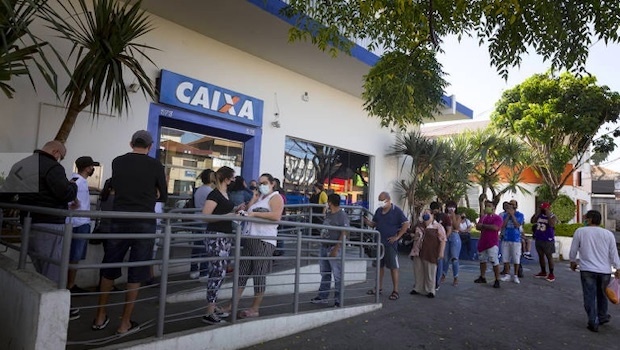 The mobilization brings together more than 50 entities, according to the president of Fenae (National Federation of Personnel Associations of Caixa Econômica Federal), Sérgio Takemoto. They question the government's rush to allow the sale of subsidiaries without Congressional endorsement.

"We will use all possible tools. We are discussing with our advisors, we are looking for parliamentarians to be able to make amendments to the PM and seek legal possibilities," says Takemoto. "We cannot allow the privatization of Caixa in this way.”

The PM was published in an extra edition of the Official Gazette of the Union and authorizes public bank subsidiaries to incorporate shares of other business entities and to acquire corporate control or minority shares in private companies.

The measure mainly targets Caixa Seguridade, the fourth largest insurance group in the country, and Caixa Cartão, which operates payment methods. In the first case, the IPO has already been filed, with the expectation of raising more than R$ 10 billion (US$1.85bn).

To justify the initiative, the General Secretariat of the Presidency of the Republic stated that the measure "is the first step towards divesting and disposing of Caixa assets". The authorization given by the text runs until the end of 2021. A PM, however, is valid for 120 days, a period in which it needs to be endorsed by Congress.

The mobilization led by Fenae has already prepared ten amendments to the text, for presentation to Congress yesterday (Tuesday 11). The main objective is to overturn the articles that provide for the creation of subsidiaries and reinforce the concept that the sale of state-owned companies and their subsidiaries needs legislative approval.

Fenae is part of the group of authors of unconstitutionality lawsuits challenging in the STF (Supreme Federal Court) an article of the State Law, approved by the Michel Temer government, which facilitates the sale of subsidiaries. In response to the action, the court ruled that legislative authorization is required only in the privatization of "parent companies".

In July, Congress sent a statement to the STF asking to be an interested party in the process, claiming that Petrobras has been circumventing the decision by separating refineries into new subsidiaries for sale. "In order to achieve privatization and divestment goals, subterfuges are underway that make it possible to shrink the size of companies," says the text.

Takemoto stresses that, in addition to Caixa's insurance and card transactions, the government plans to sell other sectors such as lotteries, resource management and digital banking, taking advantage of the 100 million customer base generated by the Caixa Tem application, created for pay emergency aid of R$ 600 (US$110).

The president of Fenae criticizes the strategy used by the government to issue a PM, when the topic should be debated by Congress. "There is nothing urgent [to justify an PM]. There is no urgency for selling Caixa Seguridade or Caixa Cartão.

He also argues that the timing would not be suitable for privatizations, as prices may be influenced by the economic crisis generated by the new coronavirus pandemic.