For now there are four

SportPromotion has more bookmakers interested in sponsoring the Brasileirão

Over the weekend the more important Brazilian football league kicked-off and it was notorius the presence of leading international bookmakers in the stadiums through displays, 3D rugs, LED front panels and pitch signs. Betcris, Betfair and Bodog sponsor Serie A, MarjoSports Serie B and estadium.bet, Serie C. SportPromotion, marketer of spaces in A and B divisions, told GMB that it is already negotiating with other international betting companies to join in soon. 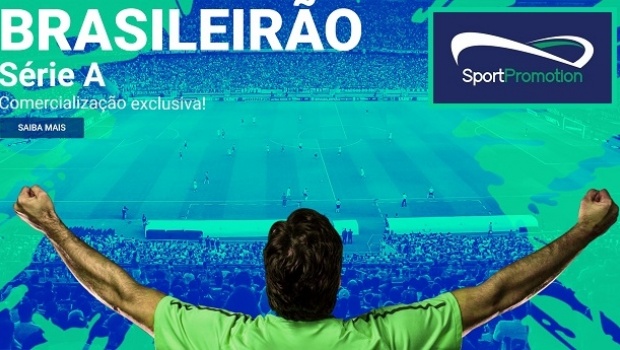 The beginning of the most important championship in Brazil showed the interest that the competition arouses in the bookmakers. Several prisms, 3D rugs, LED front panels and pitch signs with brands of betting companies were seen last weekend at the beginning of Series A. The companies are part of the list of sponsors of the Brazilian Championship and will be present in the 380 games that will take place until the end of the competition.

The commercialization of spaces is the responsibility of SportPromotion, a company with over 30 years of experience in the Brazilian sports marketing market. According to Carlos Gomes, Communication Director, for now there are already contracts for Serie A with Betcris, Betfair and Bodog.

"Brazilian football - and especially the Brasileirão - arouses interest worldwide and bookmakers saw it as an excellent channel for the promotion of their brands to win new customers," explains Gomes.

In Series B, in addition to the three companies that are in Series A, MarjoSports also signed with SportPromotion. The company does not sell Serie C, but betting house estadium.bet is the exclusive sponsor of that championship.

At the moment, about 20% of the total volume of stadium appearances, from SportPromotion's contract with CBF, are from sports betting companies. “There is no other item in the market that has more brands sponsoring Brazilian football like bookmakers. And we believe there will be more, as we have other companies interested with which we are in conversations to also sponsor the Brasileirao,” reveals Gomes.

With streaming rights and betting data for the Brasileirão in the hands of Stats Perform and international media rights with the GSRM, bookmakers will have visibility not only in Brazil, but in all jurisdictions from the moment they become available to all the markets.

According to the Communication Director, the sports betting area is a rapidly growing market and very likely other companies in the sector will be able to join SportPromotion's marketing program for the Brasileirão: “It is obvious that these companies are interested in one of the most important championships in the world, which gathers more than 7.1 million fans in stadiums and more than 145 million followers on social networks, with coverage throughout Brazil and, now with streaming, views all over the world.”

“SportPromotion is very proud to be the sports marketing company with the main asset of Brazilian sport and the doors are open for more of them”, concludes Carlos Gomes.