The Londoner Macao opening to be postponed

Sands China will postpone the opening of The Londoner Macao until the number of visitors crossing the border into Macau increases, even though most of internal renovations on the property are already complete, said the operator’s President Wilfred Wong. The external transformation of project, due for completion in 2021, will see the property’s main façade recreate the architecture of the Houses of Parliament, including a replica of the Big Ben clock. 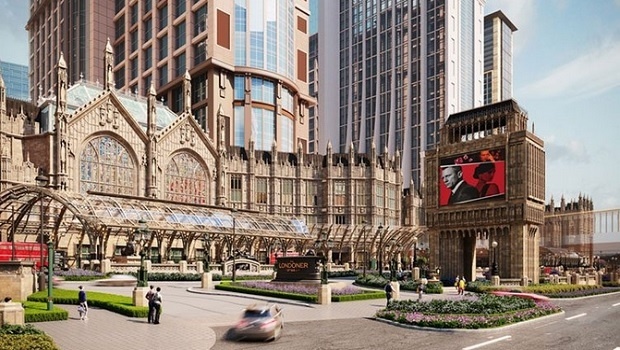 Speaking at the opening of the three-day Sands Shopping Carnival at Cotai Expo last week, Wong said the soft opening of The Londoner Macao – Sands China’s US$2.2 billion transformation of Sands Cotai Central – would instead be determined by the resumption of the Individual Visit Scheme (IVS) after the company reported a loss of US$549 million for the three months to 30 June 2020.

Wong had previously suggested The Londoner Macao would be ready to open by September.

“Even though Guangdong Province has removed mandatory quarantine on visitors returning from Macau from 15 July, the number of visitors only increased very slightly because IVS has not yet resumed,” he said.

“The hotel occupancy rate is still low. The Londoner Macao’s rooms and facilities will be ready in the third quarter, but it won’t help drive the company’s performance as visitor numbers remain at a very low level,” Wong added.

Wong noted that the new wave of COVID-19 in Hong Kong has delayed the recovery of the tourism and hospitality industries in Macau due to the need to tighten entry restrictions on people arriving from Hong Kong.

As previously revealed by Sands China, when complete The Londoner Macao will feature a new 6,000-seat arena, rebranded Shoppes at The Londoner retail mall, street shows, a VR experience plus a new Dongbei and Sichuan cuisine restaurant, a Thai restaurant, a British styled restaurant named Churchill’s Table and a gastropub by celebrity chef Gordon Ramsay.

The external transformation of The Londoner Macao, due for completion in 2021, will see the property’s main façade recreate the architecture of the Houses of Parliament, including a replica of the Big Ben clock.