"All gaming modalities must be legalized in Brazil, I will work for that in the Senate"

In an exclusive interview with GMB, Bahian Senator Angelo Coronel (PSD) defends the legalization of all gaming modalities, saying that he is the rapporteur of his colleague’s from Maranhão Roberto Rocha (PSDB) project, but that he will propose a broad regulation for the sector. “I cannot admit that anyone who has been playing the game for years is excluded. I will present the report by the end of August and put pressure on the party leaders to get the project to the Plenary because I am focusing a lot on the pandemic issue and the post-crisis time.” 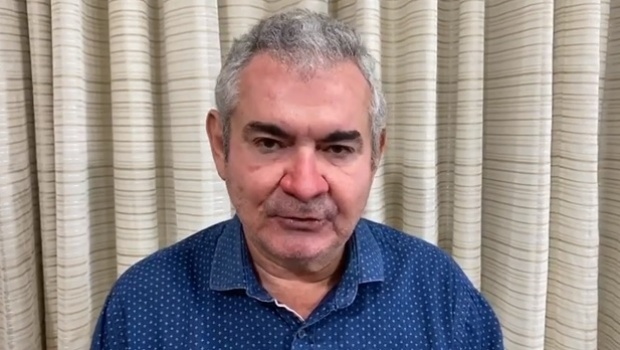 GMB - Senator Angelo Coronel, already in your first term you propose the legalization of the gaming sector, in a Brazil that still has a certain taboo on the activity. How do you see this possibility and what do you think about the gambling market?
Senator Angelo Coronel - The time is now. I am reporting a project authored by Senator Roberto Rocha, from Maranhão, but in his text is only proposed the legalization of casinos. I am against it, because I want a broad legalization, so that all types of games are legalized. I cannot admit that anyone who has been playing the game for many years will be excluded from legalization. It has to be broad. I will present the report by the end of August and try to put pressure on the party leaders to get the project to the Plenary because I am focusing a lot on the pandemic issue and the post-pandemic time. Brazil will need alternative sources of revenue and with the project we will be able to move forward with gaming legalization by predicting an increase in revenue in our economy.

In general, the evangelical bench was always against the approval of a law for the activity. How to overcome such a barrier?
There are some obstacles on the part of some parliamentarians, although some do not express this. We need to convince these benches, especially the evangelical ones, to vote rationally. Brazil needs alternative sources of revenue to improve its economy. Taxes are only reduced if we create new sources, and one of these will be the tax collection of the gaming sector.

How do you assess the gaming sector and how do you show society the importance of the activity?
Brazil is behind in gambling legislation, as it should have done it earlier. In the past we have had casinos, including in Bahia, which have been disabled, and we have to end the taboo that gambling generates prostitution and makes people addicted. We have to break this taboo, and in the Senate I will work and do everything to get the matter up for vote as soon as possible.

Studies show that the sector can contribute billions of dollars in taxes and thousands of jobs. How do you analyze this issue?
The gaming sector already help a lot in the fight against unemployment. I know many people in the interior of Bahia who are money changers and who are playing their game. This is important in a country where we have millions of unemployed, and we cannot simply think that gambling, as it is illegal, does not contribute to the development of Brazil. I think that even today, even in illegality, it is of great importance. I repeat that it creates jobs, it generates indirect income and, even if they don't pay taxes, people invest in other things and that generates taxes.

Bahia has numerous regions able to receive investments and also a casino with a resort. Is the state already prepared to be a hub for the development of the activity?
Bahia and other states have a great vocation for large resort casinos, which will generate tax and income. What's more, gaming occupies people's minds. I see many people, especially retired people, are sitting at their machine, playing their chips. We must think about the positive and not just the bad things. Therefore, in the Senate, I will fight and convince my colleagues to approve the matter, as well as in the Chamber of Deputies.