Pedro Lucas has been in the sports betting business for over 16 years. In an exclusive conversation with GMB, the Business owner of Apostaonline.com and executive director of WEJOY Brasil ensures that the regulation of the activity must be inspired by the UK model, but thinks tha “limiting to 30 companies will provide a good collection.” Among other topics, he gave his opinion on the eSports boom at the beginning of the pandemic. 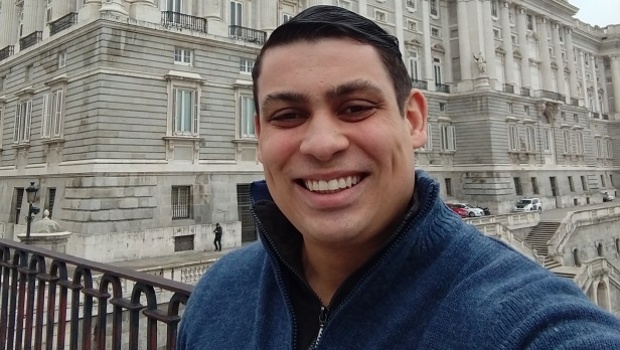 GMB - You have been working in sports betting in Brazil for more than 16 years and mentioned you were the first to promote these types of sites here. What evolution do you see in the marketing of this industry in the country?
Pedro Lucas - When I started with betting 16 years ago, it was a totally different world, both in terms of using websites and marketing. The internet was still in its infancy in Brazil and the issue of sports betting marketing did not exist at the time, there was no information for the Brazilian public. Those who needed to know more about this segment had to search for content on English language sites and little information was already available on some Portuguese pages.
Today, the industry and online gaming has evolved and really become more professional, making it easier for users in all ways. We have evolved in information, knowledge, ease of deposits and withdrawals. When I created my first online game promotion site, I had to teach users how to deposit, how to withdraw, how to register. It all evolved too much and it became much easier than it was when I started.

The regulation of sports betting has been on the agenda for a long time. Do you believe that as soon as this regulation comes out, it will bring benefits to all involved (State, operators and target audience)?
This issue is very controversial, and I already talked about it in some panels that participated in industry events. I always say that the regulation has to be done taking into account the three pillars of the business: State, Operators and Public. We cannot make legislation that is good only for one or two of the parties involved, as we can incur the error of some countries that thought only of the State and forgot about the other parties, as is the case of Portugal, which lost its gamblers because their legislation is highly damaging to bettors and also bad for traders.
Unfortunately for the first models that were suggested by those responsible for regulation, the Portuguese model had been used as inspiration. There was a lot of complaints from the public and even from operators because it makes the business unfeasible for both. We hope that regulation will be more inspired by the UK model and less by the Portuguese one, that is the target of criticism from all sides. But, in any case, regulation will bring benefits to the country, income, jobs and opportunities in a market that is growing in a way that surprises even those involved in the industry here.

The intention of SECAP was to limit the license to 30 sports betting operators in the country. What is your point of view regarding this?
The limitation on 30 operators is not a problem, in my opinion, as it opens up the possibility of competition and 30 companies would already be a very large number for our market. The important thing is that they are serious firms, even to eliminate the bad image that the sports betting market has in Brazil, a backward view that exists in our society. The number of 30 companies will provide a good collection for the government and allow interesting competition in the market.

When creating Apostaonline.com, did you do a field study to find out how to offer your products in a market still growing in Brazil? What conclusion came about the profile of the Brazilian gambler?
When creating Apostaonline.com, we studied the models that inspire us in the international market and seek to adapt to Brazil. The Brazilian gambler is very peculiar. Foreign companies that do not adapt to the market here are bound to fail. Everything has to be adapted: site language, Bonus models, rules and even the betting markets.
We also have two different types of bettors in Brazil. We have the players who accumulate, which are fever, mainly in the northeast of the country; and the players who place bets of higher values ​​and with a greater study in each one of the bets. That is why it is important to have a regulation that also serves these two audiences that Brazil has.

In addition to being the owner of Apostaonline.com, you are also the executive director of WEJOY Brasil, which was created to facilitate the connection between betting operators and the Brazilian media, football clubs and general public. Which companies in this field have you helped negotiate sponsorships recently? Have they had good visibility in the national media?
WEJOY is a new company, which we created at the beginning of the year to make this connection between operators and some contracts we have with media companies and football teams. We were in very good negotiations with some operators and clubs when we had the advent of the pandemic. However, the firm aims to innovate in the models of contracts between these sectors, trying to leave the traditional model of sponsorship and seeking more objective results, such as working on the Branding of companies and also seeking direct results.

How do you see the boom in sports betting in Brazil today? Does it feel like clubs are getting important sponsorship benefits?
We have had a very large growth in betting in Brazil in the last two years. Clubs are receiving sponsorships from several operators. I believe that we are on the right path and that the potential of the Brazilian market is much greater than we all think. Teams are benefiting, but it is still not close to the potential that clubs have to generate revenue.

With the return of live sporting events, mainly football, bookmakers have been rebuilding after being hit in the quarantine. eSports were a major highlight during this period of stoppage. Do you believe it is a segmentation that will continue to be a trend within betting sites?
I have been following the growth of eSports in Brazil and in the world for some years, I see it as the future of sports betting. The eSports market is huge, and Brazil is one of the largest markets in the world. During the pandemic period, we paid more attention to eSports because this market continued with its competition intact and it was what moved the betting market around the world.
In addition to serving the traditional sports betting audience, eSports have their own people that is coming to sports betting due to sponsorships and specific campaigns. It certainly is here to stay and we already have many betting sites specifically for eSports, with a visual and language more adapted to this target and which are very successful worldwide.

Do you believe that the release and regulation of various types of games (such as casinos, bingos, etc.) can inject more investment in Brazilian clubs, just as the bookmakers have done in a massive way?
The release of the other games is fundamental for Brazil, especially at the moment of crisis we are in, it is an industry that generates jobs, which has a huge revenue potential for the country. With the pandemic and the difficult fiscal situation in the country and football clubs, this release would generate a lot of revenue for all involved and help a lot in the economic recovery.
I always like to say that there is no "no gaming", there is legal gaming and illegal gaming. That is why the State must choose the option of legalized gaming to avoid illegality and be able to collect from it.
The gaming industry in general is open to invest in Brazil, which is a very big opportunity for economic recovery in this post-pandemic period. The work carried out by GMB is fundamental for us to change the image of the sector in Brazil, with quality information and seeking to attract more investments to the country every day.