Taking advantage of the return of the European Cups, bookmaker KTO gave the chance to its social networks followers to win an official sweatshirt of the brand for hitting the exact minute in which the first goal of certain matches will be scored. On Monday it was the turn of Sevilla X Wolverthampton for the Europa League and, on Tuesday it happened again in Atalanta X PSG, for the Champions. The successful action of KTO seeks to add and reward the loyalty of its audience. 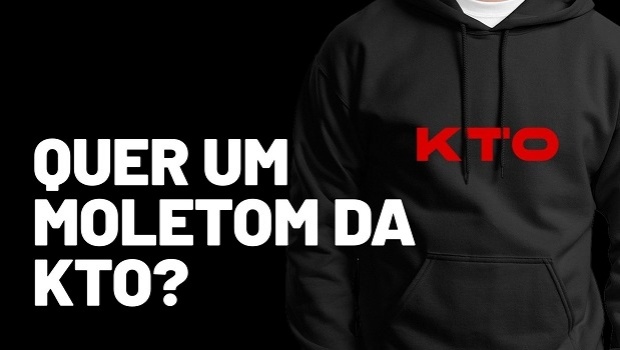 To participate, the company only asks a “like” on the company’s official Instagram and Facebook accounts, and comment only once with the minute that the first goal will occur in the matches selected by KTO in different tournaments in Brazil and other countries. The follower that hits, takes the company's official sweatshirt. KTO takes only one comment per profile and considers Google's minute as the official time.

The bookmaker has already carried out this proposal with excellent results in the “Gre-Nal” (Porto Alegre’s derby) and in international matches, such as Chelsea X Bayern (Champions League) and Borussia Mönchengladbach X Union Berlin (Bundesliga), among others.

This KTO brand action is not the first one of the company for the Brazilian market. Previously, the bookmaker launched the podcast 'Betting' on Spotify, which features weekly 25-minute episodes on sports betting. For this, the company chose comedian Magno Navarro, who has been noted for imitations of celebrities such as PVC, Muricy Ramalho, Caio, Casagrande, Renato Gaúcho, D’Alessandro and others, as his new ambassador.

The KTO group arrived in Brazil in the first half of 2019, supported by a strong partnership with Napoli. Among the main markets of the Curaçao-licensed bookmaker are Finland, Germany, Austria, Poland, and Norway. In Latin America, the company is also present in Peru.