The bookmaker does not stop its expansion

Present for two years among Brazilians, new Regata’ sponsor is currently the largest betting company in national football. With a contract valid until February 2021, which can be extended for another year, the online betting platform will display itsr brand on game and training uniforms, backdrops, signs at the training center, website, as well as posts on the club's social media. Thus, Regata becomes 12th Brazilian football team to receive support from estadium.bet. 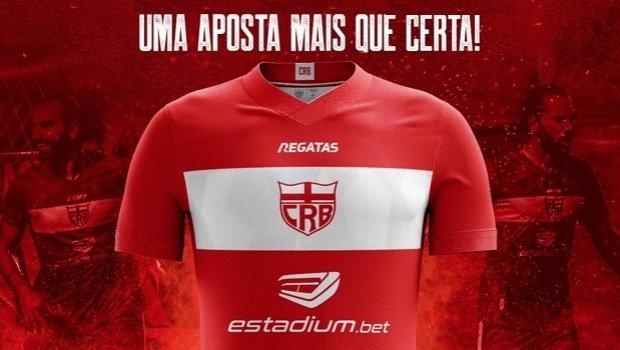 The partnership was announced on Saturday afternoon (22), through a joke on Galo’s (as Regataa is known in Brazil, meaning ‘Rooster’) official Instagram in which fans had to hit goals so that the name of the company was revealed.

With the motto “Follow your Instinct”, estadium.bet is a safe and fast sports betting company, which allows the customer a protected and guaranteed environment of their data, so that they can make deposits and payments of their future results.

Every day, both in the app and on its website, the bookmaker offers a wide range of sports betting from around the world, from the most varied sports segments, as well as updated news about sports in general and promotions for its users.

“Estadium stands out for our platform and for being in 16 countries. We want to say that we chose CRB because we believe in the potential and strength of the Galo da Pajuçara fans. Let's go together, bet on the CRB!", said Claudinei Bettioli, commercial director of the company.

The agreement also provides for promotional activities with Regatta supporters, with part of the funds collected being shared in favor of needy communities affected by the COVID-19 period.

Estadium.bet is one of the companies that has invested the most in national football. In addition to state tournaments in Sergipe, Alagoas and Pernambuco, the company also supports, with master sponsorship, twelve teams: Botafogo-PB, Santa Cruz, Decision, Vila Nova, Goiás, Ceará, Salgueiro, Paraná Clube, Criciúma, Náutico, Remo and, now, the CRB.

In addition, estadium.bet has become the exclusive bookmaker to display its brand on the advertising boards of all matches in the Series C of the Brasileirão.

Another great recent actionsof estadium.bet in favor of clubs and the Brazilian public was the release of “Estadium de Prémios” (www.estadiumdepremios.com.br), a website where fans of clubs sponsored by the company can buy a capitalization bond, contribute to NGOs, help their heart team to even earn motorcycles, official jerseys and money.

The platform has a selection of sports and live betting that offers fans a multitude of leagues and championships from all around the world. Brazilian Championship, Bundesliga and Premier League are part of the menu, as well as NBA, NFL, NHL and many other events.