For LatAm and Caribbean region

Gaming Laboratories International (GLI) has promoted Karen Sierra-Hughes to Vice President of Latin America and Caribbean. “We are thrilled to announce Karen’s promotion and signaling our absolute commitment to the gaming industry’s success throughout Latin America and the Caribbean in all its forms – land- based, lottery, and online,” said GLI President/CEO James R. Maida. 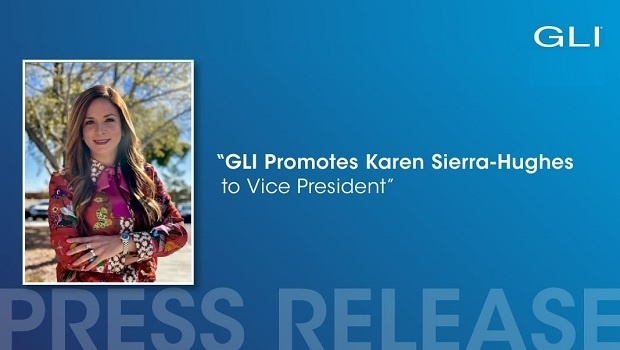 “Karen has been an integral part of GLI’s mission in Latin America and the Caribbean. She and her team work in close collaboration with government officials – as well as gaming and lottery suppliers and operators – helping them navigate the future of gaming. Their expertise supports these stakeholders’ efforts in establishing well-regulated environments and a successful and sustainable industry,” Maida added.

“Karen’s leadership, knowledge and passion for her client’s success translates into the appreciation that the industry and her team have for what she does,” GLI’s President concluded.

Sierra-Hughes received Latin American Gaming Hall of Fame’s prestigious Recognition Award at the 2019 Juegos Miami gaming conference and was listed in the 2019 iGaming Business Magazine´s 10 Most Influential Women List. She is a sought-after speaker and has appeared at dozens of international gaming conferences around the world.

Sierra-Hughes has been with GLI since 2004, driving GLI’s strategy for both regulatory and business development throughout the Latin America and Caribbean region. Prior to joining GLI, she practiced law in the Republic of Panama and was later appointed Legal Director of the Panama Gaming Control Board.