The importance of reopening the gambling sector in Brazil

In Zebrão’s Blog “the truest in Bahia”, one of the most important and read in the region, its editor and writer Antonio Carlos Farias Nunes, the popular ZEBRÃO, wrote an opinion column in favor of legalizing the reopening of casinos throughout Brazil. 'We believe that is arousing among Brazilians a feeling that it is necessary to reopen casinos in the country to leverage not only tourism, but mainly to create more jobs and increase tax collection', says the legendary journalist from Bahia. 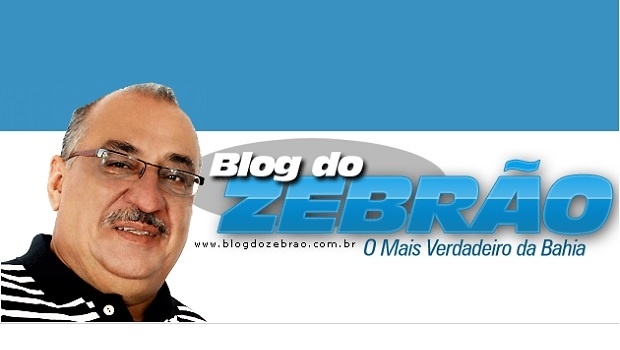 The legalization of gambling in Brazil was authorized by President Getúlio Vargas in 1933, and the opening of casinos with artistic shows was then possible.

The most glamorous, of high luxury, were the Copacabana Palace and the Urca in Rio de Janeiro, experiencing moments of lust and dazzle, along with simpler ones, coming to generate at that time more than 40 thousand direct jobs, without mentioning all the indirect ones.

In 1946, 74 years ago, President Gaspar Dutra ordered to ban gambling in Brazil, through Decree 915, forcing the closure of all casinos in Brazilian territory, directly affecting businessmen in the industry and the hotel chain, causing unemployment, including with people putting an end to their lives. Tax collection was a relief to municipal, state and federal coffers.

But as we are in Brazil, the casinos that generated jobs and income for the Brazilians were closed, in its place the government created games of chance such as Jogo do Bicho, and the countless lotteries, such as Instantaneous, Mega, Quinas, Loteca etc. . many games, but without bringing benefits to the economy of Brazil.

While Congress and the government have been fighting for years about the Tax reform, the legalization of casinos is causing huge financial losses to the country, in addition to a huge loss of revenue, besides not reducing unemployment, and not to mention the increase in Tourism, a sector in which Brazil ranked seventh in the Americas and 52nd in the world.

It is a shame that a country like Brazil receives only six million foreign tourists per year, an insignificant number, if we compare only with Miami, which alone receives more tourists than Brazil. Year after year, the sector’s number shrinks in Brazil, when the figures in other countries grow at expressive rates.

To give you an idea, the state of Nevada in the United States, in the middle of the desert, several luxury casino hotels were built, being today one of the American states that collect the most, generating thousands of direct and indirect jobs.

The pandemic brought to Brazil the discussion about the release of casinos in the country, involving Minister Paulo Guedes, Congress President Davi Alcolumbre and businessmen, all in favor of the reopening of casinos in luxury resorts. That the discussion has just begun, that the game has started, to generate jobs and tax collection, at a time when the government threatens to recreate the CPMF, with the purpose of collecting.

We believe that it is arousing in all Brazilians, the feeling, the need for the reopening of the casinos to leverage not only tourism, but also and mainly jobs and collection.

Those who are against the activity say it can increase addictions and corruption. Increasing corruption among Brazilians is not possible, after all, we must have reached the peak. We understand that the Text is ready, awaiting its inclusion on the Agenda in one of the Senate sessions, and that it depends exclusively on its President.

The text provides for the authorization of the exploitation of games of chance throughout the national territory, recognizing its social purpose for the country. The project also predicts that the states and the Federal District would be responsible for regulating and supervising the activity, and that those under 18 years old could not have access to the casinos.

According to calculations by entrepreneurs, each casino would generate 2,000 direct jobs and 3,000 indirect ones. In the case of Petrópolis, the city has already embraced casinos, the most famous of which, Hotel Quitandinha, would have to seriously be considered as an alternative for this kind of investment as it already has all the qualities to present itself in this scenario of casino resorts.

A big problem is that, although prohibited, gambling works throughout Brazil, raising corruption mainly by police officers, who turn a blind eye to offenders. It was better to legalize it soon, as the beneficiaries will be the inhabitants of the city and the state where they operate.

For all these reasons, we are in favor of legalizing the reopening of casinos throughout Brazil, mainly to generate jobs. Legalization would allow control and inspection of resources in circulation. Everyone would have to win.

The biggest opponent of the reopening of casinos is the Catholic Church claiming that many are lost by the addiction of the game. A weak claim, for a return well above the loss.