Spotify keeps adding content to its exclusive podcast arsenal, and now enters the eSports space. The company signed a multiyear partnership with Riot Games that’ll make Spotify the hub for all League of Legends audio content, including exclusive podcast series. The deal might seem somewhat unlikely, but it makes sense given the popularity of League of Legends’ music. The game’s YouTube channel has been watched by more than 21 million people. 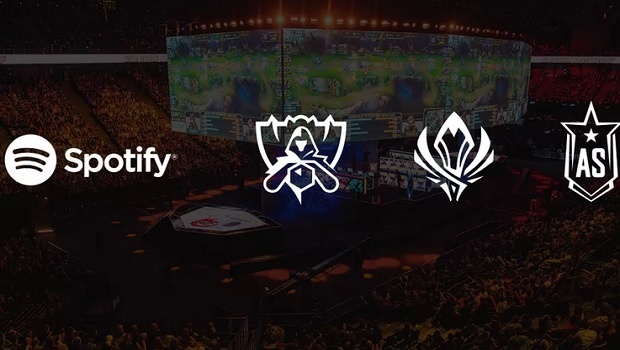 At least one show will launch this year, called ‘Untold Stories: Top Moments from Worlds’, a nine-episode series that will lead up to the 10th League of Legends championship. Listeners will hear about the players and top anthem through game highlights, interviews, and game sound effects.

Two music playlists, including the existing ‘This is League of Legends’ will be updated regularly, too. Spotify’s also planning to dedicate a day to the ‘Worlds Anthem’, a song Riot releases every year to kick off its annual championship competition, to give listeners a behind-the-scenes look at how the music was made.

The partnership might seem somewhat unlikely, but it makes sense given how popular League of Legends’ music appears to be. The game’s YouTube channel has a playlist dedicated to music videos from the game, and more than 21 million people have watched. The game is also an official user on Spotify with its top track counting more than 154 million listens. Spotify clearly sees an opportunity here to beef up its marketing and lure gamers onto the platform. Once they’re there, it can start marketing other audio content, possibly other game-related podcasts, and eventually encourage them to make Spotify their go-to music and audio player.

An eSports podcast is also an intriguing idea, especially given that it’s a Spotify-exclusive. More than 100 million people watched League of Legends’ world championship last year. Getting even a small percentage of these viewers to tune into a podcast would generate enough listeners for Spotify to easily monetize the show.