Senator Ângelo Coronel (PSD) analyzed that there is no 'climate' in Congress to approve a 'new CPMF' (Provisional Contribution on Financial Transactions) and suggested that the way to improve Brazil’s fiscal situation is to fight smuggling and legalize gambling. 'There will come cash and the government can reduce the rate of existing taxes. Changing the name and creating taxes without the prospect of reducing others does not work. I will defend this in the meeting with Economy Minister Paulo Guedes,' he said. 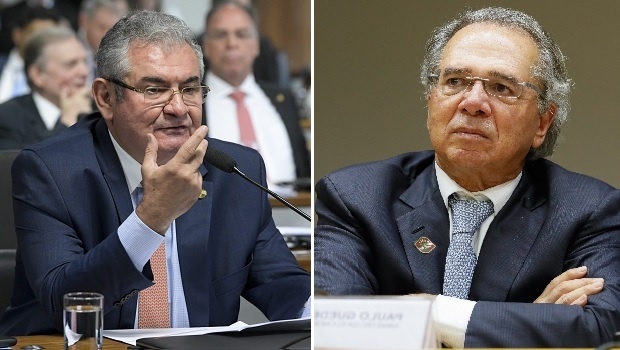 Members of the mixed tax reform committee, Bahia’s parliamentarians from different parties, criticized the possibility of creating a new CPMF and consider that the Bolsonaro government has low chances of being able to approve such an initiative, as stated by the president of the Chamber of Deputies, Rodrigo Maia (DEM).

Recently, President Jair Bolsonaro endorsed Economy Minister Paulo Guedes to discuss a new tax along the lines of the old Provisional Contribution on Financial Transactions (CPMF). This Wednesday (5), the Minister virtually meets with the collegiate.

Deputy João Roma (Republicans) said that this type of tax "is not healthy", in addition to being unfair, especially with the poorest. "We know that there is a fiscal crisis, but if it is to make what's there worse, it is better not to move. We want a broad and simplifying tax reform, to make new investments feasible and to reheat the Brazilian economy," he defended.

Senator Ângelo Coronel (PSD) analyzed that there is no "climate" in Congress to approve a "new CPMF" and suggested that the way to improve the fiscal situation is to fight smuggling and legalize gambling. "There will come cash and the government can reduce the rate of existing taxes. Changing the name and creating taxes without the prospect of reducing others does not work. I will defend this in the meeting with Minister Paulo Guedes," he said.

Last year, the senator promised to fight for the legalization of gambling in Brazil. Coronel is one of the five senators who are part of the Mixed Parliamentary Front for the approval of the Regulatory Framework for Gaming, launched in the Chamber and also formed by 198 deputies. The senator from Bahia believes that the relationship that some people make between gambling, prostitution and evasion of currency is wrong.

“I was in Monaco and I remember that 25 years ago it was a minor destiny that ‘exploded’ thanks to gaming. So, we cannot leave our country behind this reality,” compared Angelo Coronel, saying that the Front is studying how to put in agenda PLS 186/2014 by Senator Ciro Nogueira (PP-PI) that legalizes gambling in Brazil. The PL was approved by the Special Commission but rejected by the CCJ.

In the Chamber, there is another project ready to be analyzed and that foresees up to three casinos in each Brazilian state, depending on the number of inhabitants of the Federation unit. "Approving in the Senate and here in the Chamber, then we will merge to be able to improve the reality of the gaming demands here in Brazil," said Coronel.

According to the Front, Brazil stops collecting between R$16 billion (US$3.05bn) and R$18 billion (US$3.4bn) a year by not charging taxes on gambling, while 650 thousand direct jobs are not created as the activity is not legalized. When thinking about gambling, the image that comes to mind is that of the great casinos in the United States, but Angelo Coronel thinks that legalization needs to go much further and give prestige to “Brazilian modalities.”

“I am in favor of fixing who has been playing here for many, many years. We cannot fail to contemplate those who are playing jogo do bicho, those of slot machines and electronic machines,”, defends the senator from Bahia, arguing that people need to work in peace, without worrying about police raids.