NBA launches into the betting world with the NBABet Stream service

With the legalization of sports betting in the United States in 2018, the NBA becomes the first major sports league in the country to attack the market. The National Basketball Association launched its analytics service, called NBABet Stream. The platform will broadcast content focused not only on sports information itself, but above all on the analysis of indicators associated with betting. 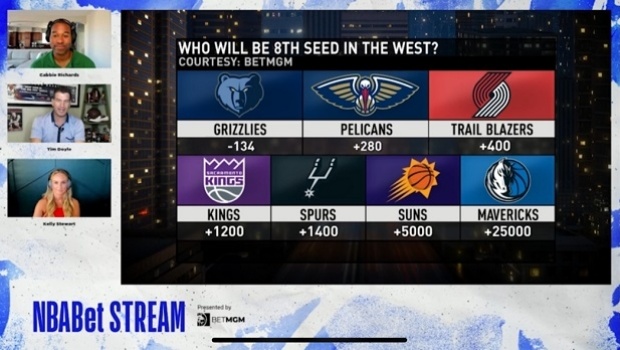 The National Basketball Association (NBA) has unveiled a new betting-focused broadcast option which will feature on its NBA League Pass and NBA TV networks. Nine NBABet Stream broadcasts will be made available over the course of the rescheduled 2019/20 season in Orlando, featuring separate commentary and analysis, alternative camera angles, and enhanced graphics centered on betting odds and other relevant data.

The first telecast aired on Aug. 3 during the Thunder-Nuggets matchup.

Betting analysts from The Action Network, Bleacher Report, Yahoo Sports, and others will provide commentary throughout the game broadcasts. BetMGM – the presenting partner of NBABet Stream – is providing real-time betting lines and statistics for NBABet Stream.

Those without access to NBA TV via their cable providers can purchase the direct-to-consumer subscription through NBA.com.

The move represents the latest betting push from the NBA, after Yahoo Sports expanded League Pass’ live fantasy and betting offering as an official marketing partner of the league last week.

The new deal includes allowing Yahoo Sports, Yahoo Fantasy and Yahoo Sportsbook to distribute live, out-of-market games in League Pass and engage with fans through digital overlays. It will also include the creation of two shows focused on fantasy and betting to coincide with the NBA Conference Finals and NBA Finals.