The Minister of the Supreme Federal Court (STF), Gilmar Mendes, granted the admission of the Rio de Janeiro State Lottery (LOTERJ) to the ADPF 493 trial, a lawsuit filed by ABLE (Brazilian Association of State Lotteries) that questions the government federal's exclusivity for the operation and seeks that the states of the federation can also exercise this activity under equal conditions. 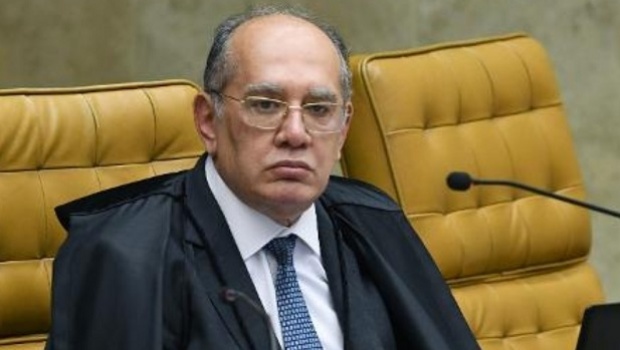 “This is a request made by the Lottery of the State of Rio de Janeiro - LOTERJ, Petition nº 55223/2020 (eDoc. 86), for it to enter the trial as an amicus curiae. It is the brief report. I decide: Considering the relevance of the matter and the representativeness of the postulant, I grant the request based on art. 7, paragraph 2, of Law 9868/99,” says the text signed by the minister and rapporteur Gilmar Mendes.

The decision is very important because it ensures the country's most prominent state lottery to make its defense and orally sustain maintenance, development, independence and its autonomy in the Supreme Court.

If the final judgment takes place under the terms that ABLE proposes in the ADPF, it significantly changes the entire Brazilian legal framework, allowing states to broaden their legislation, to deal with modalities and structures that were previously prevented under Decree 204, of 1967.

The action is promoted by ABLE hand has lawyers Roberto Brasil Fernandes and João Carlos Dalmagro Junior as intellectual authors, and even this work resulted in a book: “Law of Lotteries in Brazil”.

The object of the petition is the declaration that there is no Union monopoly to institute Lottery in Brazil, due to the failure to receive articles 1 and 32 of Decree-Law 204/67 in the 1988 Federal Constitution. The request for LOTERJ was signed by Dr. Marcello Corrêa, Legal Director of the entity and by Dra. Fernanda Pezzi De Oliveira, municipal lawyer of the same company, very important in this action.

In their 29-page request to the STF, the signatories explained that state lotteries are state public services and, therefore, each state, within its territory, can explore activities involving gambling as a means of obtaining non-tax resources in favor of its Treasury, above all as a means of removing eventual needs for transfers from the central entity. Recalling that such transfers always reflect the political field of federalism.

Compelling and / or constraining state lotteries, in order to limit their operations, will result in a monopoly not provided for in art. 177 of the 1988 Constitution, in evident loss for the States and, once again, contrary to the system of the federation. In short, the Federal Union cannot concentrate what the Constitution does not allow.

In addition, states must offer efficient public services. Therefore, linking state lotteries to the 1967 paradigms cannot find support anywhere. Likewise, the modus operandi of state lotteries should not be linked to those practiced by the Union. In other words, once established by the Legislation which are the types of games that can receive bets in Brazil, each federated entity, Union and States, should search for the market and technology solution that best suits them.

Decree-Law no. 204/1967, as explained, imposed undue constraints on the Member States, as explorers of the public service of Lotteries, frozen in 1967, that is, 50 years ago (art. 32, caput). These prescriptions confront the current Constitution of the Republic, especially the federative form (art. 1, of the CR), including as a stone clause of maximum relevance, constitutionalized, as the so-called Federative Pact. It is worth repeating to exhaustion that the 1967 legal diploma was not received by it and, consequently, is revoked.

At the same time, it is inconceivable that the States of the Federation, with all their powers, their institutions, will be subjugated by a technocracy that is driven by unknown, but certainly not republican, interests! However, the actions contained in the mentioned 1967 diploma are so demeaning to the people that they deserve due combat by the Supreme Federal Court.