In the Tax Reform Commission

Brazil’s Minister of Economy, Paulo Guedes, stated that the legalization of the gambling sector, proposed by Senator Ângelo Coronel (PSD-BA) during a virtual meeting of the Tax Reform Commission, is “quite bold from an economic point of view, quite interesting”. At the meeting, Colonel defended the legalization of the sector that, according to him, will allow 'more than R$ 20 billion (US$3.75bn) that will oxygenate the economy.' 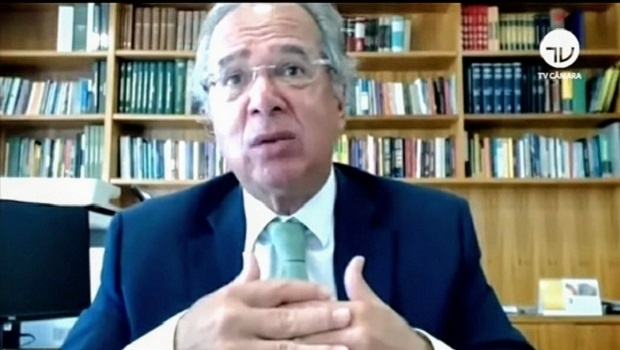 According to Ângelo Coronel, Brazil “has to take advantage of the momentum of this reformist Congress of which I am a part, to approve and legalize the gambling sector. There are more than R$ 20 billion US$3.75bn to oxygenate the economy,” he defended.

When reinforcing the request for legalization, he said to Minister Paulo Guedes: “We are going to work on the legalization of the gambling industry and fight against misdirection. You will be crowned with your team in a public square.”

Responding to the senator's defense, Minister Paulo Guedes stated that this is an interesting view. “Senator Ângelo Coronel calls for a more daring reform, he spoke of legalizing the gamblin sector. It is a very bold view from the economic point of view, quite interesting,” he said, without, however, admitting to taking the proposal forward.

"If we congressmen (Senate and Chamber) approve the legalization of all types of gambling we will have the potential to collect R$60 billion (US$11.35bn) gross or about R$20 billion (US$3.75bn) in taxes per year. Only in grants will the government be able to collect around of R$10 billion (US$1.9bn)," assured the Senator.

For Colonel, more than 700 thousand direct jobs would be generated, through the formalization of approximately 500 thousand of the jogo do bicho and another 200 thousand new jobs in other types of games. (There is still an estimate of generating over 600 thousand indirect jobs with the sector’s production chain).

According to him, Brazil is one of the only three G20 countries that does not legalize gambling in its territory, along with Indonesia and Saudi Arabia, which don’t do it for religious reasons. In the OECD, 97% of the countries regulated the activity; in the G-8, all nations have a legal market; in the UN the number reaches 75.5% of the countries and in Mercosur only Brazil did not regulate the activity.

In his speech, Ângelo Coronel defended for Guedes the fight against smuggling and the legalization of gambling as sources of new resources and an aid to the exemption of the productive sector. "He even praised me, said it was a bold proposal. I will send everything to him, it is the solution for Brazil," concluded the senator.