The special secretary of Culture, Mario Frias, received Jair Renan Bolsonaro the president's 22-year-old son, for a meeting on electronic sports that did not appear on Frias' official agenda but was initially publicized on a social network of Jair Renan, a law student. 'Today I had an important meeting with the Secretary of Culture, Mario Frias,' Bolsonaro’ son posted on Instagram. 'The future of eSports being ruled,' he added in the photo caption. 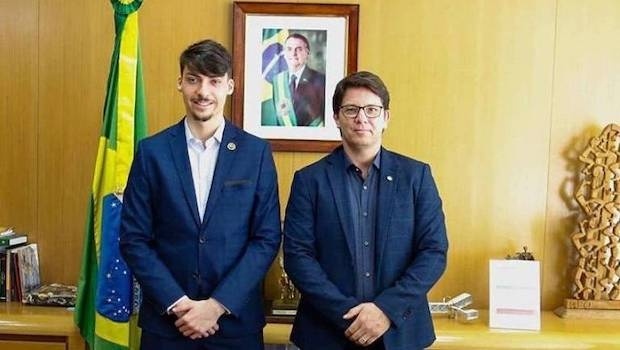 Frias later published the same image in which he appears next to Jair Renan Bolsonaro, but with a stripe with the name "Renan Bolsonaro" and, on the opposite side, "Special Secretariat for Culture". In the caption, the secretary said the meeting was "about the future of 'egames'".

ESports, or electronic sports, are "competitions played in electronic games in which players act as professional athletes of traditional sports and are seen by an in-person or online audience, through various online streaming platforms or TV," according to the definition that appears on the CBeS website, the Brazilian eSports Confederation.

The report sent an email to the Ministry of Tourism, the folder under which the Special Secretariat for Culture is located, questioning the agenda of the meeting, in what condition the president's son was received and why the appointment does not appear on Mario Frias' official agenda.

The portfolio replied only that the secretary "received Mr. Jair Renan Bolsonaro to address issues related to the future of eSports."

Jair Renan Bolsonaro was searched for a message on the social network where he posted the photo, but did not respond until the publication of this report.