Professional team Caxias do Sul Basketball, after two seasons away from the New Basketball Brazil (NBB), signed with a master sponsor and will inform the National Basketball League (LNB) that it has the financial guarantees to return to the elite of the sport in the country in the 2020/2021 season. The partnership was closed with the sports betting website KTO, which operates in Brazil and other countries. With that, the team changes its name to KTO/Caxias do Sul Basquete. 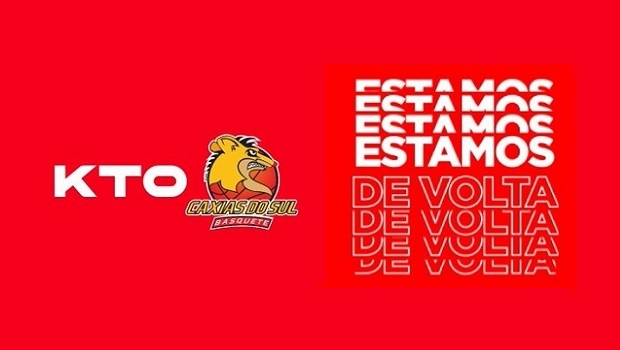 In addition to the company's support, the team also has the incentive of the Randon Group and Rodoil Distribuidora de Combustíveis, which deduct part of the income tax through state law.

In addition to the three companies, Unimed Nordeste also signed with the team to be one of the sponsors. With this group of companies, it was possible for Caxias Basquete to give the minimum guarantee to compete in the NBB 2020/2021.

“We knew there was a bill going on, but we needed a master sponsor. We had some negotiations, until a few weeks ago we got in touch with KTO. The conversation flowed well from the first meeting. We started to align some things to get to the definition. After a virtual meeting on yesterday’s morning (31) with the marketing director of KTO, we were able to make the partnership official,” said the coach and main supporter of the Caxias do Sul Basquete project since its inception, Rodrigo Barbosa.

According to the manager of Caxias Basquete, the new partnership is unlike anything that has been done so far in the years when the team was in the elite: “In other years we had the master sponsor through the law. This time, it is done through direct marketing investment, which changes a lot within the use of the project. From that moment on, we are working on all networks as KTO/Caxias do Sul Basketball and they will be inserted in the whole process of building everything we are going to do within this season. There is a much closer working relationship with them, due to the fact that they are making this direct marketing contribution.”

After the historic campaign at NBB 10, the team's absence in the next two editions of the main Brazilian basketball competition occurred due to lack of support. With the guarantee of return, the feeling of those who live in Caxias Basquete is an uncontrollable satisfaction.

“First of all, the happiness of being able to return. And, really, we don't have control of things. While I was with the team with everything in our favor, we were unsuccessful in any of our attempts that season. After two of us left, at a time when the world is experiencing this pandemic and uncertainty issue, things worked out. The paths were opened so that we could return. It is important for me; but for the city, for the State and for sport, it is much more,” concluded Barbosa.

Despite the minimal guarantees, the now KTO/Caxias do Sul Basketball continues in search of new investments to start the process of assembling the team for the season, which is scheduled to start in November.