The challenge of a stable gaming regulation for Brazil over time

A suitable regulation System is the foundation of the commercial gaming industry. It provides integrity, protects the consumers and helps to fight illegal gambling. Regulation needs to evolve as technology does. In this article, Federico Lannes, gaming consultant and Manager at Gran Nobile Hotel and Convention in Paraguay, talks about recents events on Macau Gaming Hub and compare with Nevada regulatory model. Such experiences should be taken in consideration by Brazilian state to learn from other experiences and make a suitable normative. 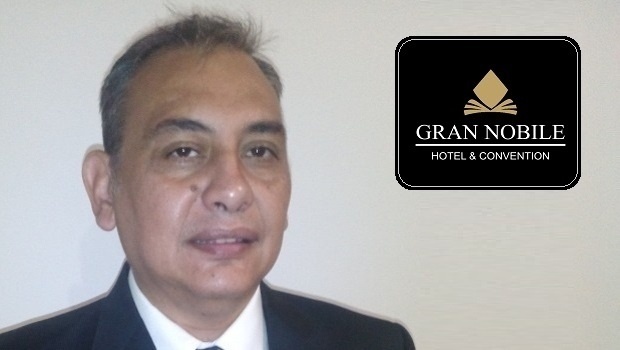 Recently Chinese government has tightened its controls over VIP Players and junket operators and online gaming in Macau. The fight against illegal financing and money laundering is the objetive. This segment rerpresents almost 50% of the overall GGR ( Global Gaming Revenues), which was reported a total of USD 36.5 billions in 2019.-

The crackdown has hit liquidity in Macau’s VIP gambling sector the hardest it, which shows a slow recovery since the pandemic began. As shown in the exhibit, the pace or economic growth will take more time if the players are under authorities scrutinity. 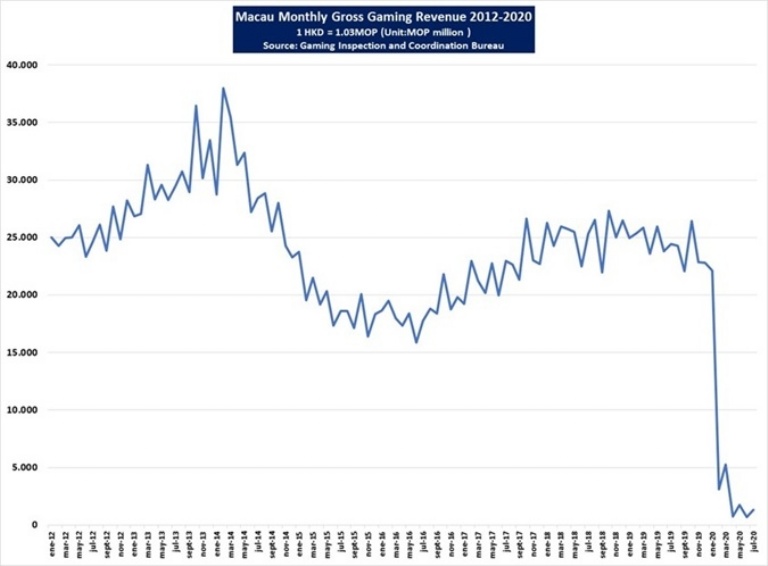 According to a Reuters Business News, The raid prompted some speculation in Asia’s top junket operator, Suncity, where around 900 players withdraw deposits from Suncity’s VIP clubs across casinos in July 9-11.

On that month (july), Suncity’s Chairman Alvin Chau issued a statement, denying the company had been targeted by authorities. And additionally remarked that: “The group’s total assets can absolutely be used to offset all chip deposits of all clients, foreseeable losses and bad debts.” He  recognised a US$ 1.4 billions in fiscal reserve of the VIP Club.

“The junket sector in Macau has been living on borrowed time for years, and the end is drawing nearer,” says Anthony Lawrance, managing director of Greater Bay Insight, a consultancy Firm based in Hong Kong.

“The biggest change coming for the casino industry is the adoption of the Chinese digital currency. Macau’s casinos accept payment in Hong Kong dollars for chip purchases. Mainland players use either banks, China Unionpay-linked pawnshops, or underground banks to convert their Yuan to HKD”.

“This will allow Chinese authorities to track overseas spending by its people more carefully and it will erode the role of the junkets. Every country in the world will eventually catch up and once cash is no longer being used the casino industry will be able to grow more sustainably without concern for AML crackdowns” comments Mr. Lawrence.

The anti-corruption campaign will probably increase in the number of wealthy Chinese gamblers fleeing Macau to visit other Asian casino destinations, like Singapore, Russia and the Philippines. Gambling industry is the main financial source of Macau government.

The consecuences of this new AML raid by the chinese government are unexpected, not only for gamblers, but also for all the industry, with a negative impact on liquidity and GGR (Gross Gaming Revenue) growth. Casinos should finance the high rollers without junkets. The survival of the VIP gambling sector will depend on this issue.

Always a right action taken by gaming board (The Gaming Inspection and Coordination Bureau) of the Macau SAR, will always be a more qualified one than direct central government measures. This is a key element that differentiate The Nevada gaming regulatory Model.

In Nevada, the intensive gaming licensing process and disciplinary procedures are highly effective barriers to organized crime and money laundering.

The Gaming Commission is the final authority on licensing matters, having the ability to approve, restrict, limit, condition, deny, revoke or suspend any gaming license. It is is also charged with the responsibility of adopting regulations to implement and enforce the State laws governing gaming.

The Gaming Control Board provide regulations for the licensing and the operation of gaming. It acts in the prosecutorial capacity. Let’s see the organization chart. 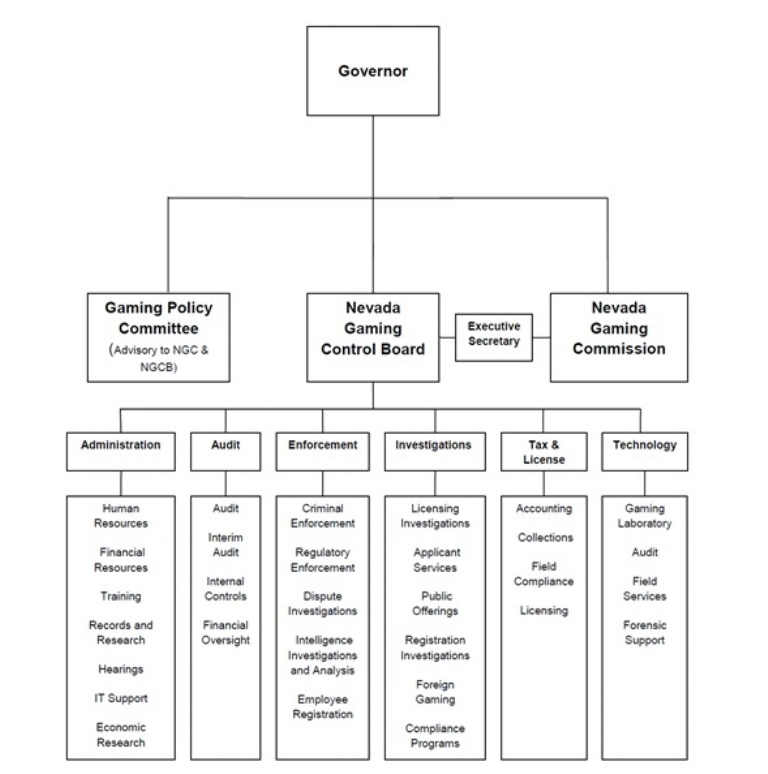 The evolution to the current system along the years made possible downfall of organized crime and contributed to the modern gaming regulatory system.

As an example, we can mention the Case of Frank Rosenthal, a consultant to the Chairman of Argent Corporation, which operated 4 casinos in Las Vegas  in the 70’s and early 80’s, including the Stardust. Frank Rosenthal was alleged to be tied to organized crime.

Martin Scorsese's 1995 film Casino, based on the book by Nicholas Pileggi, was inspired by Rosenthal's life and career in Las Vegas.

According to an interesting UNLV research, It was also during this time that the Nevada regulators learned of money skimming operations at Argent gaming properties.

Nevada Gaming Control Board recommended denial of Rosenthal’s gaming license, which was a decision then unanimously made by the Nevada Gaming Commission. In its ruling, the Commission concluded that Rosenthal was “‘a person whose licensing by the State [of Nevada] would reflect or tend to reflect discredit’” upon the state.

This prompted the beginning of a series of court cases filed by Rosenthal to challenge the Nevada gaming system, reaching to the US supreme court claiming violation of his civil rights.

“The court concluded that members of the Nevada Gaming Control Board and Nevada Gaming Commission are protected by state immunity while serving as regulators within the authority given to them, including “deciding on the suitability of a potential licensee, in disciplining a licensee, or in revoking a work permit.”

The Rosenthal verdict played a significant role in the evolution of he Nevada gaming regulatory system and shows how the state institutions were not corrupted by organized crime and able to cleanse the industry of mobsters.

This case also tell us about the independence of powers between Gaming Comission, Federal Government, and justice, which guarantees security and predictability for investors in the long term. And ultimate the reason for the longlasting success of Las Nevada gambing hub overtime.