Casinos to remain within current locations

The government of Macau has unveiled some of the details of its Urban Master Plan, meant to guide the development of the city through the year 2040 expanding tourism areas but with casino activity remaining within current locations. The plan creates eighteen defined zones for residential, tourism, green leisure, industrial, and diversified industries purposes. 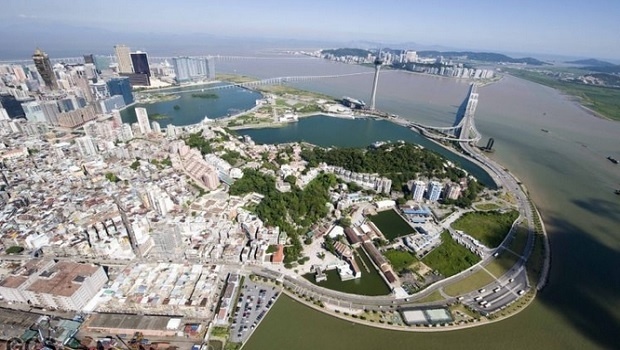 The Urban Master Plan envisions that by the end of that period the local population will have reached 808,000 (up from about 696,000 presently) and the territory will have a total land area of 36.8 square kilometers.

The recenty unveiled draft of the Urban Master Plan has revealed that the future of the city’s tourism and entertainment industries would remain in the current Cotai and NAPE areas, while several locations would become new non-gaming tourism areas.

The draft separated and classified various functions for different districts in Macau, suggesting that the core tourism and entertainment industries would remain in their current areas.

Officials of the Macau SAR Government said at a recent press conference that casinos would be mainly based in and around hotels in these areas, however the government will keep a certain level of flexibility in considering the compatibility of land in practice.

Meanwhile, the northern part of Taipa, currently referred to as new urban area zones C and D, would become an urban waterfront area via the development of tourism and business elements.

The project also plans to build a new tourism and leisure route along with the new urban area B, Nam Van and Barra areas in order to enrich entertainment experiences in Macau.

The southern part of the artificial island upon which the Hong Kong-Zhuhai-Macau Bridge boundary sits would be reserved for the development of hotels, exhibitions and conventions in order to promote a platform of cooperation between the three cities.

With the re-tendering of gaming licenses scheduled for 2022, when the six current concessions expire, the distribution of land for gaming operators and further development of tourism industries in Macau would be a focus in the foreseeable future.

A public consultation for the draft will be held from 4 September to 2 November 2020.