Betsul (www.betsul.com), one of the best sports betting sites in South America, in partnership with Sportradar, will broadcast live, starting this Saturday (12) at 3:00pm (Brasilia time) with the São José x Palmeiras match, all games of the Brazilian Women's Football Championship. The broadcast of the games will be available to all bettors who have active registration and balance in Betsul, without restriction of minimum credit amount. 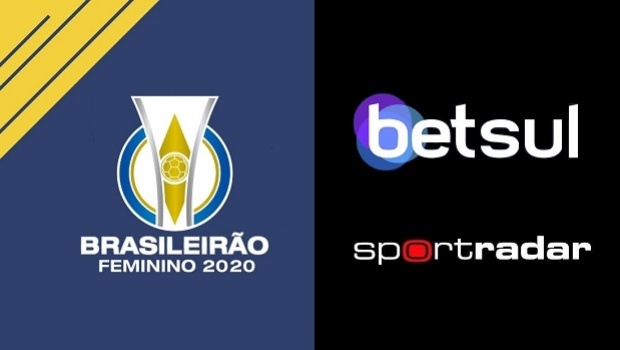 In order to watch the games live and place new bets, users just need to log in to the website, access the page of the Brazilian Women's Championship and choose the match they want to watch. The broadcast will be available on the LIVE tab of the chosen game.

For Betsul's CEO, Fernando Rivas, “this is another partnership and support for women's football, which started in October 2019, with the sponsorship of professional players from São Paulo Futebol Clube. We are very happy to announce this achievement, now with the Brazilian Women's Football Championship,” celebrates Rivas.

It is also worth noting that the digital expansion has been gaining momentum on the Betsul platform, with the site displaying several sports championships in real time.

In partnership with major companies such as Sportradar, Stats Perform and TVNSports, the brand broadcast the games of the German championship (Bundesliga), Russian (Russian Premier League of Football), the NBA season, the Portuguese championship (Premier League), Spanish (La Liga), French, (Ligue 1, with the participation of Brazilian star Neymar) and the Santa Catarina Championship.

Developed to serve the most demanding bettors and fans, Betsul is one of the best sports betting sites in South America, offering a simple, intuitive and safe interface for the bettor to have fun at will from various betting modalities and an extensive list of sports.

With idol Falcão, greatest futsal player of all time, as brand ambassador, Betsul also represents the Brazilian arm of ‘Gambling for Change’, an organization that intends to revolutionize the sports betting market worldwide.

Called ‘Jogo do Bem’ in Brazil, the initiative allocates a sum of the amount collected with bets on the site to a cause or social institution. This does not imply any additional cost for the bettor, as it is Betsul that allocates a percentage of its profit to do good.

Betsul is a website licensed by Curacao eGaming, with regulations and registration in Curacao. Registration number: 8048 / JAZ2019-017.