Caixa to launch in 2021 “MILIONÁRIA”, new lottery with big prizes

Union leaders FEBRALOT and Caixa return to urgent matters in a videoconference. The state bank informs that a new modality of prognostic bets temporarily named MILIONÁRIA for the first semester of 2021 has been approved. On the other hand, the first draw of new game 'Super Sete' will take place on October 2nd at 3:00pm. In the meeting it was also confirmed a change of deadlines in the provision of accounts for the collection of special lotteries and an increase in the lottery's remuneration for online bets. 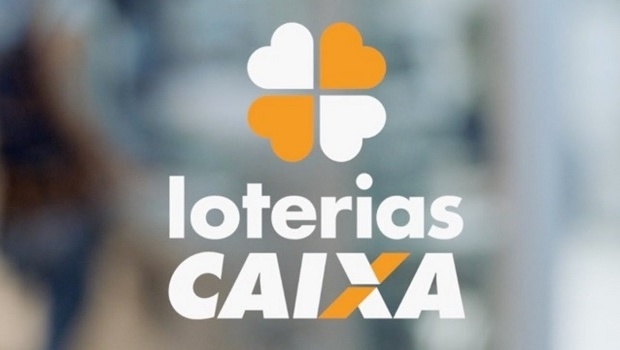 MILIONÁRIA
The official release by Caixa's management areas was approved for the development of a new type of prognostic betting with the name temporarily dubbed MILIONÁRIA due to its degree of great difficulty in getting it right. This modality is a very old claim of FEBRALOT and thanks to the new management of SUALO it was finally put into development.

This is a modality that should have large accumulated prizes, since the probability of the main prize being settled is 1-238 million. There will be 10 prize tracks and the final name of the modality will be chosen by the public. The scheduled launch date was due in 2020 but, due to the pandemic, it was rescheduled for the first half of 2021.

'SUPER SETE'
'Super Sete' launch schedule was also defined. It is a long-awaited betting method that now finally goes to the counter. The sales launch takes place on September 19th and the advertising campaign starts on the 23rd. The first draw will take place on October 2nt at 3:00pm. The estimated prize for the first draw is R$1 million (US$188k). It will be the first mode that will carry out draws at a different time (at 3pm), taking place on Mondays, Wednesdays, and Fridays.

CHANGE OF DEADLINES IN THE PROVISIONS OF COLLECTION ACCOUNTS OF SPECIAL LOTTERIES
Another issue discussed is also the fulfillment of an old FEBRALOT request. This is the change in the deadlines for accountability of the collections of special lotteries.

Currently, in special draws, accountability takes place the day after the first normal draw of the modality. As of this year's ‘Mega da Virada’, the accountability of this modality will always take place in an interval of 3 contests. To exemplify, the collection of ‘Mega da Virada’ begins on November 16th. All games or draws opened on the 16th, 17th or 18th will have their accounts made on November 26th, that is 3 following contests. This is a great contribution to lottery retailers who open their tickets well in advance, as they will now have more time to sell before rendering accounts.

INCREASE IN LOTERIC COMPENSATION ON ONLINE BETTING
Officialization of the increase in remuneration for entrepreneurs for bets carried out over the internet, whether from any of the current platforms. Currently the lottery chain receives 3.11% of the collection in the form of a commission and will now receive 4%, representing an increase of 28.6%.

58 YEARS ANNIVERSARY OF LOTERIAS CAIXA
Tomorrow (September 15th), the 58th anniversary of the Loterias Caixa takes place, a historic milestone in which it took a commitment and a great effort from Caixa Econômica Federal and the Entrepreneur Network to make the “lottery” business what it is today. It is a date that deserves to be highlighted because it passes unnoticed by the final consumer.

Some important issues were also discussed. Among the main ones:

ONLINE Federal Lottery: This project, classified as a priority, is scheduled to be implemented in the first half of 2021. It is an important improvement and modernization project in the oldest lottery in Brazil and which most commissions the retailer’s network. It was widely discussed in the committees formed by FEBRALOT and Caixa and that, once again, this new management of SUALO is taking care of, meeting the interests of the Category.

Marketing and the privatization of Caixa's lottery area are matters that have not yet been conclusive and will be addressed in future meetings.

Despite the difficulties imposed by the pandemic, FEBRALOT and the state unions have made every effort to continue fighting for the lottery network. # LotériosValemMais.