Pro Integrated Resorts (IR) politician Yoshihide Suga has won his party’s nomination to succeed Shinzo Abe as Prime Minister of Japan. Earlier this month, Suga signalled his intention to move forward with the IR regulation process in Japan, though gave no timeframe. “I think that IRs are indispensable for our tourism promotion efforts,” Suga said on a recent TV show interview. 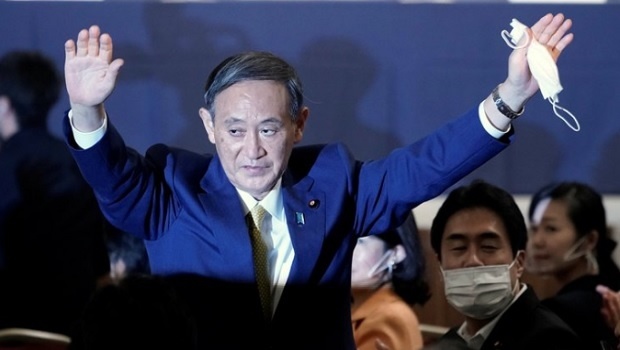 Suga defeated fellow contenders Fumio Kishida and Shigeru Ishiba at a meeting of representatives of both houses in a Tokyo hotel to become the 26th leader of the LDP. There were a total of 535 votes cast, comprising 394 votes of diet members belonging to the LDP and 141 votes distributed among three representatives of each of the party’s 47 prefectural chapters.

The 71-year-old Suga will be nominated as Prime Minister at an extraordinary Diet session to be convened on Wednesday with the new cabinet to be inaugurated on the same day. He will become Japan’s first new Prime Minister in seven years and eight months after Abe revealed on 28 August that he planned to resign due to his ongoing battle with aggravated ulcerous colitis.

Suga is a vocal supporter of pursuing development of Japan’s first integrated resorts, stating during an appearance on TV Kanagawa last week: “I believe IRs are essential for advancing our tourism policy.”

He also emphasized the idea of continuing to promote inbound visitor strategies that incorporate IRs, stating: “There tends to be a sole focus on the casino element, but the government is going to promote an IR that families can enjoy as an entertainment facility and hotel, and where visitors can bring their family and stay for international conventions.”