After a long wait and postponements due to the coronavirus pandemic, ‘Super Sete’ (Super Seven), Caixa's new lottery, finally has an official launch date. The new game will enter Caixa's official lottery calendar later this week, emerging as a new option for bettors from all over Brazil. Bets start selling next Saturday, the 19th, and the first draw takes place on October 2nd. 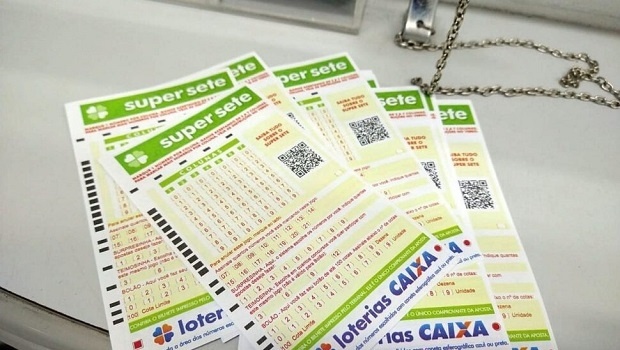 The debut of Caixa's new lottery was divided into three stages. The first one is the beginning of sales, that is, the opening of bets, which will happen next Saturday, September 19th. The second stage of the debut of ‘Super Sete’ is the national launch of the contest. The ceremony is scheduled for Wednesday September 23.

Finally, the most awaited stage, which is the first draw of the new national lottery. The extraction is scheduled for October 2. ‘Super Sete’ draws will always take place at 3:00 pm.

How does ‘Super Sete’ work?

‘Super Sete’ has a dynamic different from other known lotteries. The steering wheel has seven columns, each containing 10 numbers, ranging from zero to nine.

To play, users need to choose a number in each column. At the time of extraction, a dozen per column is also drawn - and the highest prize is awarded to those who get all of them right.

There is a possibility to score more dozens in the columns to increase the chances of victory. However, for a second number in a column, all others must already have at least one number.

Likewise, to mark a third dozen in a column, the others must already have two numbers. The maximum lottery bet, therefore, is 21 tens.

‘Super Sete’ has five award ranges. Of the total collected, 45.3% goes to the prize and is distributed as follows:

From the total, there will be a deduction from the amount allocated to the fixed payment of R$ 2 (US$0.4) for players who score three points.

Of the remaining amount, 15% goes to tickets with four numbers, guaranteeing a minimum individual prize of R$ 6 (US$1.15).

The remaining amount is distributed in the main ranges:

- 65% are reversed for bets that hit seven numbers

- 18% will go to those who correctly dial six numbers

- 17% are sent to the winners with five points.

If there are no games included in any of the bands, the amounts accumulate for the main prize of the next contest.