With the tradition of making bettors' dreams come true and contributing to the development of Brazil, Loterias Caixa turned 58 years offering a diversified portfolio and great prizes. Since the first draw of the traditional Federal Lottery that took place in September 15, 1962 in the city of Rio de Janeiro (then state of Guanabara), they have changed a lot and implemented improvements in security and transparency. 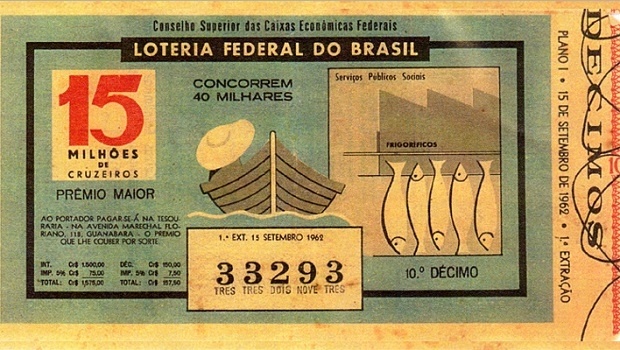 Big numbers are part of Caixa Lotteries. From January to August this year alone, more than R$ 3.4 billion (US$641m) in prizes have already been paid for more than 182 million bets. In this period, the collection totaled more than R$ 10 billion (US$1.89bn), almost half of which was transferred to the federal government for investments in priority areas of the country such as education, health, security, sports, culture and social security.

In addition to all these results, Loterias Caixa stand out for their commitment to responsible gaming and with respect for the safety rules and procedures followed by the world's major state lotteries, which has given it a place as a member of the WLA (World Lottery Association), which brings together lotteries from 76 countries on five continents.

Loterias Caixa again received validation in August this year that it initiatives meet the requirements established by the Responsible Gaming Framework (RGF) Certification Program issued by the WLA. The association guides lotteries around the world to establish criteria that meet the legality and ethics in the sale of their products and certifies them according to their implementations.

The WLA recognized Level 3 of the Responsible Gaming Certification to Loterias Caixa. Certification has four levels; the higher the level, the greater the degree of excellence of the Lottery operation.

Since September 15, 1962, Caixa has fulfilled its role of administering federal lotteries, as delegated by the Union. Loterias Caixa has as main purpose social transfers, in which almost 50% of what is collected from sales is destined to the federal government for social investments in different areas, such as education, health, culture, sports, safety and security.

Over time, Loterias Caixa have also innovated in making the most varied lottery modalities available to the Brazilian population, allowing the bettor a range of options when trying his luck. The objective is to increase its attractiveness, in order to conveniently serve current and potential bettors.

In the coming days, Caixa will launch a new lottery mode, the ‘Super Sete’, which will be another alternative for Brazilian bettors. Currently, Loterias Caixa has another ten modalities in its portfolio: Mega-Sena, Lotofácil, Quina, Dupla Sena, Lotomania, Timemania, Loteca, Lotogol, Dia de Sorte, and the traditional Federal Lottery.