A decision of the 6th Federal Court of Campo Grande ordered Caixa Econômica Federal to allocate part of the more than R$400 thousand (US$73,500) that Operário Futebol Clube received for its participation in Timemania -football lottery- to settle installments that were not paid for joining programs such as Profut (Brazilian Football Management Modernization and Fiscal Responsibility Program). The Court met the request of the National Treasury Attorney and of the club itself. Until the end of August, debt exceeded R$110 thousand (US$20k). 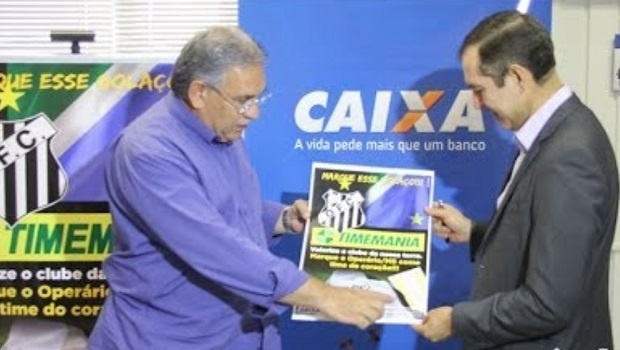 Tax enforcement action filed by the Federal Government to execute ‘Galo’ (means Rooster, club’s nickname) had its adhesion as an applicant for the request, as published this Tuesday (1st) in the Federal Justice Gazette. In practice, the request is that, of the close to R$ 430 thousand (US$79k) in the Operator's account supplied by Timemania, R$ 112,784.41 (US$20,735 - amount updated until August 31) is allocated to honor the late payments.

Created in 2006, Timemania differs from other federal lotteries under Caixa's jurisdiction by the participation of clubs: it was idealized precisely to help football teams in difficulties with the tax authorities. The Operário is the only team from Mato Grosso do Sul in the lottery.

In exchange for transfers from the lottery that should be used to settle debts with the Union (Finance, INSS, FGTS and others), which are equivalent to 22% of Timemania's revenue, the clubs allow the use of their names and images for the draw of the called ‘Time do Coração’ (Heart Team). If clubs do not have such debts, the funds can be used to settle other installments.

When analyzing the sum available in the Operário's account, the judge considered that the payment of the amounts requested by the Union would not cause losses to the monthly amortization of other installments of the ‘Galo’. The more than R$ 110 thousand (US$20k) involve overdue installments in Profut / Sispar (Installment System and other Negotiations).

Despite the authorization, the responsible magistrate stressed that, if there are obstacles to the transfer - such as the threat to regular monthly payment of current installments -, the Federal Court must be informed.