Sportingtech announced and welcomed Luis de Prat as Head of Business Development, who will be responsible for the leadership of the company business development team, developing new business opportunities and creating customized solutions to customer needs. He has worked with the majority of the markets focusing on Spain, Latin America and the United States. 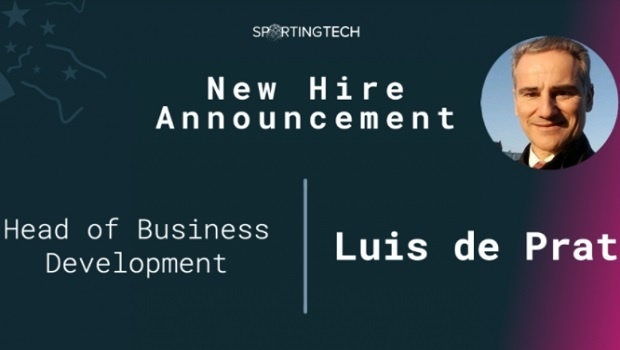 Luis is a well-known figure with more than 22 years of experience in the gaming industry, both online and land-based. He has worked with the majority of the markets focusing on Spain, Latin America and the United States, both in land-based, regulated and .com operations.

“In Sportingtech, Luis will be in charge of implementing and managing the business development activities, identifying new market opportunities and defining the actions required to bring a new dynamic to our business and generate new growth,” states the company in a press release

“We wish him an excellent integration and success within the Sportingtech team,” the company added.

Prior to joining Sportingtech, Luis de Prat worked at several companies in the sector such as Gamesys and Microgaming, where he created and developed the operations they currently have in Spain and newly regulated Latam markets, negotiating several major online deals with Sportium, Codere, Luckia and R. Franco.