Today there are dozens of bookmakers that allow MMA fans to bet on both UFC and Bellator. These sites bring all the events and cards from the main MMA entities, becoming a paradise for those who wants to bet on Mixed Martial Arts. In addition to the passion for the sport, it is in the DNA of the Brazilian to bet, to do that 'little meal' in the numbers to try to change their lives. Bookmakers have also won over Brazilians for broadcasting some fights live on their websites. 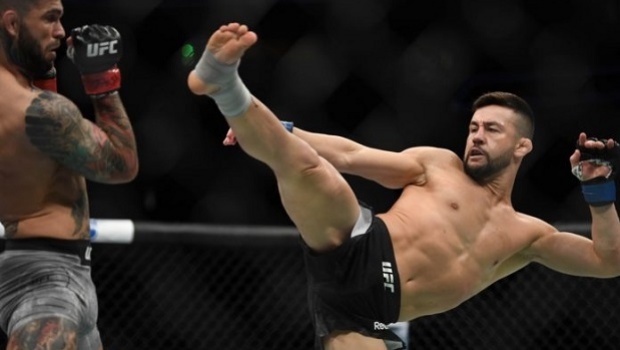 It is not today that Brazil is passionate about martial arts. The country's connection with the fights is old and arose long before the popular UFC and Bellator were created or even the famous Mixed Martial Arts concept, MMA. At the beginning of the twentieth century, the Gracie family took Brazilian Jiu-Jitsu abroad, which is the aspect of Jiu-Jitsu most practiced worldwide after Judo. Even today, more than a century later, the Gracie's fighting style is celebrated around the world.

Decades later, Brazil also stood out in Boxing. Maguila was an icon of the sport in the 80s and 90s, having lost only 7 times in 85 fights. He passed his gloves on to Acelino "Popó" Freitas, who in the 2000s was one of the greatest boxers in the world, whose late retirement, in 2017, at the age of 42, came as a spectacular victory in his last fight in the ring.

However, it is a fact that today the great passion of the Brazilian is MMA. Mixed Martial Arts have a complex and ancient history, but in Brazil they were also popularized by the Gracie family, with their ‘Vale Tudo’ show, in the early 1920s. Since then, the sport has grown in number of fans and those interested in becoming professional fighters. The creation of the UFC, in the 1990s, was responsible for bringing the format currently successful - and a lot of money - all over the world.

Another factor that helped popularize MMA betting in the country was sports betting. In addition to the passion for the sport, it is in the DNA of the Brazilian to bet, to do that "little meal" in the numbers to try to change their lives. UFC bets, however, go far beyond the desire to "get rich". They are aimed at true sports fans, who like the adrenaline of betting on who will be the big winner. Others are betting on whether the fight will end with a knockout, if they will be won by points or with what type of blow the winner will defeat the opponent.

Today there are dozens of bookmakers that allow MMA fans to bet on both UFC and Bellator. These sites bring practically all events and cards from the main MMA entities, so they are a paradise for anyone who wants to become a mixed martial arts punter.

In addition to the bets themselves, bookmakers have also won over Brazilians for broadcasting some fights live on their websites. In Brazil, fights broadcast on open channels are not very usual. When they are, it is normal that the broadcast is not live, which does not have the same impact. The channels of te cable system, on the other hand, bring all the comfort of the broadcasts in real time, in HD and with excellent quality, however they are paid. And the price is almost always not cheap.

Some bookmakers have live streaming services available to users registered on their websites. Usually they don't have to pay anything. It is enough with having an active account with a positive balance of just R$1 deposited. The broadcasts are usually of good quality, with few crashes and with real-time statistical data of the events.

This type of service is very important for the sport in the country. Brazil is mostly focused on football, which gives little space to other disciplines. Sports betting is a very efficient way to popularize MMA, and this can be even better when they are properly regulated in the national territory, which should occur by 2021.

The financial injection given by sports betting in Brazil may also represent investments in Brazilian martial arts. Not only in MMA, but in young athletes or those with Olympic age, who represent the country in international competitions. This could certainly represent a return to the golden age, in which the Gracie family led the Brazilian people to be known in the world of fights.