Historical scene of Brazilian football, also known as The Football Museum in the country, Pacaembu will enter the world eSports scene. A partnership between BBL and Allegra Pacaembu, the concessionaire that manages the stadium after privatization, will build an arena for Battle Royale competitions in the São Paulo sports complex. The expectation is that more than R$ 95 million (US$17.5m) will be invested in the project. 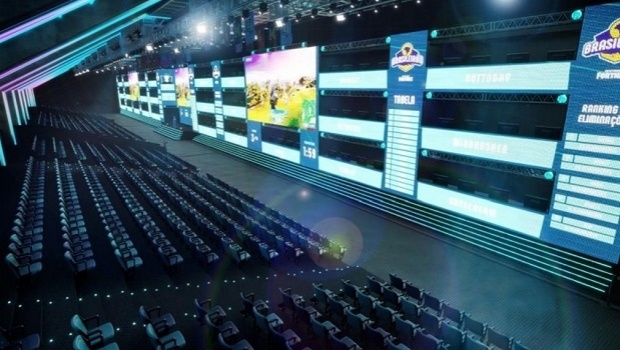 The arena will be the largest in the world and will have a capacity for up to 100 professional players to compete in games of the vertical. There will also be space for an audience of two thousand fans in an area of ​​approximately three thousand square meters.

The structure will have 482 square meters of LED panels, allowing multiple and simultaneous broadcasts. As of 2021, the arena will be temporarily located on the football field, in a provisional infrastructure, containing all the technology of the permanent installation.

At the end of the work, scheduled to be completed by April 2023, the arena will be located under the orange bleachers of Pacaembu. The provisional structure, as previously mentioned, will be installed for the football field from next year.

The announcers Willian "gORDOx", Bruno "Nobru" (Free Fire professional), Felipe "brTT", Júlia "Mayumi" (both from League of Legends) and Nicolle "Cherrygumms" (CEO of Black Dragons) participated as ambassadors in the announcement. They participated in an "open letter to traditional sports", recorded in traditional internal and external spaces of Pacaembu.

Allegra Pacaembu's CEO, Eduardo Barella, detailed the plans for the demolition of the Tobogã, historic grandstand behind one of the football pitch's goals, and the construction of the new building - including a convention center, for events for up to seven thousand people. The administration's idea is that three million people pass through the complex each year, free of charge.

“It is a very emblematic project for the city. We have been working so hard for two years. Pacaembu is emblematic for the city of São Paulo, there is no one who does not have a history with it, loved by Sau Paulo’s team fans and from other clubs, too. We want to bring Pacaembu back to its origin. It was conceived in the 40s as a complex of culture, sport, and leisure. We want to return it to the city's spotlight,” said the executive.