Caixa officially launched its new Super Sete lottery, where in order to play, the bettor must choose at least one number from each of the seven columns available. The minimum bet costs R$ 2.50 (US$0.45) and can be placed at the lottery stores. The official lottery website also offers a betting option, with a minimum value of R$30 (US$5.45). Bets for the first contest can be placed until October 2nd, at 5:50 am. The first draw takes place on the same day, at 7:39 am. 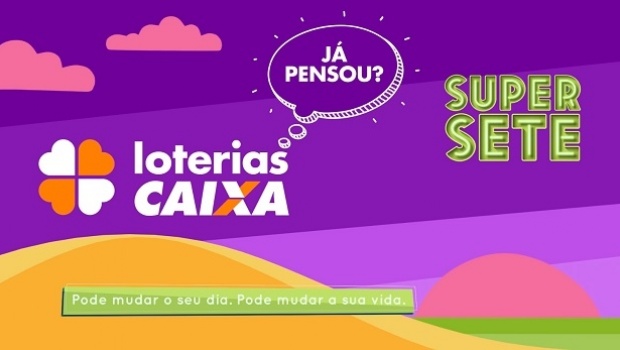 The "surpresinha" (little surprise) systems will be available, where Caixa will fill in the numbers at random and the " teimosinha” (stubborn), which will repeat the same predictions in the next contests.

To win, the bettor must match three to seven columns, regardless of the order. Five prize ranges are planned. If there is no winner, the amount will be accumulated. The draws will be held on Mondays, Wednesdays, and Fridays.

Bets for the first contest can be placed until October 2nd at 5:50 am. The first draw takes place on the same day, at 7:39 am. The receipt is the only proof to collect the award.

To increase the chances of winning, bettors can also organize themselves into groups and participate in a ‘CAIXA Bolão’ (groups). For the Super Sete, ‘bolões’ have a minimum price of R$10 (US$1.80), and each quota must be at least R$5 (US$0.90), making it possible to make a ‘bolão’ of at least two and a maximum of 100 quotas, as available on the below ticket.

The odds for the Super Sete to hit depend on the number of tens scored in the bet, as shown in the table below: