Pay4Fun and Sportsbet.io give bonuses on freebets in new brand action

Customers of the Brazilian payments company Pay4Fun and Flamengo's sponsoring betting site, Sportsbet.io, will benefit from a special action by both companies. To participate, the user only has to make deposits at Sportsbet.io until October 22nd. At the end of the counting period, the bookmaker will grant a bonus in Freebets according to the volume of deposits made by the bettors. 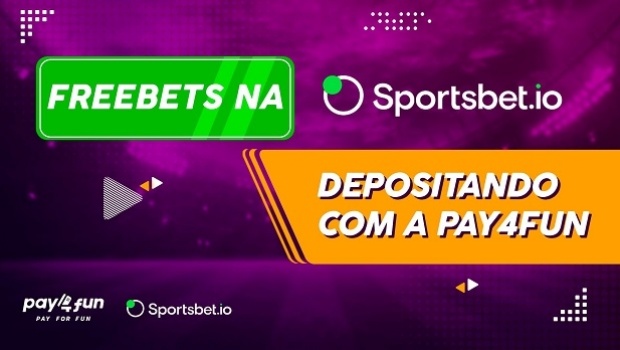 Pay4Fun announced on its official blog this great news for both its customers and Sportsbet.io’s, who can win Freebets by depositing via P4F. The companies have been partners since last June.

“It is very easy to participate: you only need to make deposits at Sportsbet.io, during the period from 22/09/2020 to 10/22/2020. At the end of the counting period, Sportsbet.io will grant a bonus on Freebets according to the volume of deposits you make!”, explains Pay4Fun on its social networks.

The progressive table of freebets will respect the following criteria:

With its Fun, Fast, Fair concept Sportsbet.io offers a great experience for bettors. In addition, its platform is fully adapted to the Brazilian market, with translation into Portuguese, bringing a much better understanding of its content and consequently of its functioning.