The Solverde Group announced that it will sponsor 22 Portuguese sports clubs, including 10 from the I Liga of football and nine from the II Liga, promoting the service launched this month of online sports betting by the brand. The director of solverde.pt, Américo Loureiro, did not reveal the specific value attributed to each club, or the overall support, but clarified that it is included in an investment that has been made in the digital market, “which amounts to eight million euros and covers sponsorship and other investments.” 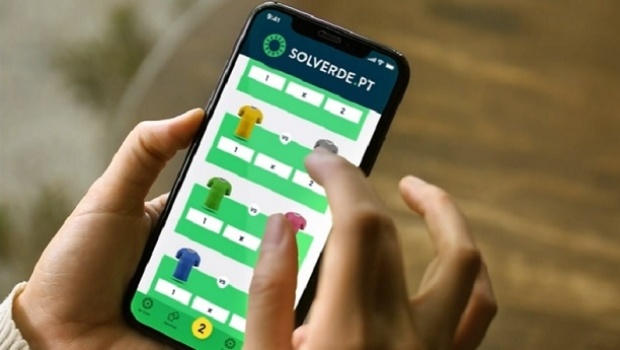 In the II Liga, sponsorship can be seen on the jerseys and other advertising spaces of Sporting da Covilhã, Académico de Viseu, Feirense, Estoril Praia, Académica, Mafra, Desportivo de Chaves, Vilafranquense and Vizela.

Sporting Clube de Espinho and Associação Académica de Espinho also benefit from the support, due to the geographical proximity to the headquarters of the Solverde Group, as well as the women's volleyball team of Academia José Moreira / FC Porto.

The director did not reveal the specific value attributed to each club, or the total support, described as being "medium term", but clarified that it is included in an investment that has been made in the digital market, "which is numbered in eight million euros and covers sponsorship and other investments."

The COVID-19 pandemic, which led to a drop in the volume of bets in the market, did not accelerate or delay the implementation of the project, which took place "within the deadlines" already established. The future is "uncertain", because it is not known "how the market will behave", pointed out Américo Loureiro, and solverde.pt continues to recruit new workers, after having already "around 70 employees" in the area, with a "very long-term vision in the digital market" that, in online sports betting, becomes "market leader."

Spreading support for "as many clubs as possible", the strategy allows to help some who may have been affected by the lack of public in the stadiums. "Smaller clubs need a lot of support, and that even makes football more interesting," he added.

The Solverde Group announced on September 15 its entry into the online sports betting segment, confirming an investment of eight million euros in the solverde.pt brand, which has 70 employees and seeks to have another 40 in the next five years. Américo Loureiro then explained that since 2016 the group has invested eight million euros in its online betting brand, which was launched in 2017 under the old designation of casinosolverde.pt.

It was also at that time that the group started to hire the 70 workers who are part of the current team that works on the website, all of them in Espinho, Aveiro district, where the company is based.

The group estimates that, within five years, 40 more jobs will be created, in a structure that wants to keep "100% Portuguese", with online sports betting joining to hundreds of other casino games.