As president of Brazil’s ALSPI (National Association of Lottery Entrepreneurs), Romero Nascimento coordinated research aimed at improving the network and presenting proposals to CAIXA. In an exclusive interview with GMB, he explained how negative it is for lottery retailers to have the financial system's functionalities as one of the highest levels of dissatisfaction, expressed his opinion about the Union's monopoly on this industry and took stock of the crisis in 2020, among other topics. 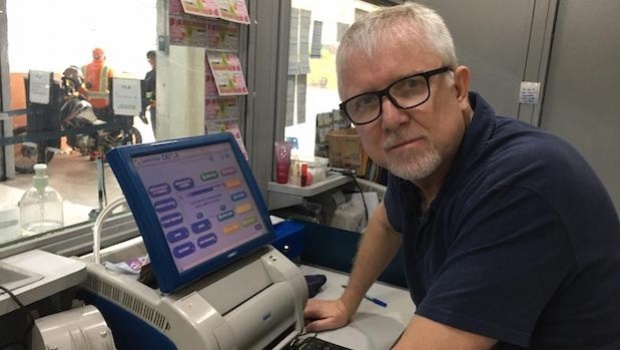 GMB - ALSPI has been conducting research to be able to point out in which sectors there is satisfaction and dissatisfaction among lottery retailers. What conclusions have you reached? Which points need improvement and which are of excellent quality?
Romero Nascimento - The highest satisfaction rates are specifically related to game processing, whether for individual or collective bets (locally known as bolões). The highest levels of dissatisfaction are due to the functionalities of the lottery store's financial system (deposits, withdrawals and receipts of tickets and agreements, mainly). But the main vector of dissatisfaction, along with lottery retailers, is associated with the instability and availability of this financial system.

It turns out that for customers who go to lottery stores - and especially for those who wait in line to be served - it is irrelevant whether the lack of service is caused by this or that problem. And this has a huge impact on the sale of lotteries, as many of those customers who went to lottery shops specifically to pay bills or carry out bank transactions are not likely to purchase lottery products if the main reason for going there is not met.

What is discussed between Caixa and the retailers regarding a new lottery business model, which would include a new product portfolio and a new configuration of services for Loterias Caixa?
In all meetings with CAIXA, ALSPI has always stressed its concern with the sustainability of the business, with the need for a medium and long term plan for the lottery business. It so happens that Brazil, in its poorest and most peripheral portion of the population, is still an analogue country, especially if the financial capacity of this population is analyzed. That is why it is important to have a transition plan that allows digitalization that contemplates the Lottery Network.

But our feeling is that CAIXA's agenda, even due to the lack of dialogue outside the traditional union channels, has not contemplated ALSPI in these discussions, albeit for reasons of a controversial nature, although numerous suggestions that emerged at the beginning and throughout the pandemic period came from this representation.

It has been much discussed whether the Union's monopoly on lotteries is constitutional. What is ALSPI's position on the matter? What do you expect from the Supreme Court's analysis?
ALSPI does not propose to discuss the constitutionality of the Union monopoly on lotteries, not least because we understand that it is up to the judiciary to reach a conclusion on the matter. But this state monopoly has its reason, as lotteries represent one of the largest sources of funding for social programs in the country. Even though this monopoly is exercised centrally by the Federal Government, the entire structure associated with serving the population and selling lotteries is based on the private initiative (lottery stores).

But unlike other markets, in which 70% of the volume collected (on average) goes to the bettor, in Brazil happens the opposite: 60% of the total lottery collection is intended to finance social programs and funding. This, if added to the volume of taxes paid by the Lottery Network through the “Simples Nacional”, there is no comparison between the resources generated for the benefit of the population by the current structure in Brazil with other countries. For this reason, a change in the current legal framework that would imply the loss of that source of financing - under the questionable argument of privatization - would be a disaster.

What plans do you have in case there is a positive result in relation to the Supreme Court's analysis?
The Lottery Network is the largest in-person service channel used by the Brazilian State (through CAIXA Econômica Federal). With an unparalleled network in Brazil, and with an operation cost incomparably lower than any other state structure in serving the public, it not only needs to be preserved but also valued. The current financial fragility of most lottery retailers is real and for the most part it has historical reasons related to the freezing of the values of the rates passed on by CAIXA to them.

We have made arrangements with Government agencies, presenting a study that demonstrates that the service provided by lottery stores needs to be remunerated in order to cover the costs associated with this type of service, which cannot be compared to those associated with self-service or internet service. We have also faced the acceleration of tenders for new lotteries in areas where these establishments already exist, which further weakens existing ones, an action that should be limited to neighborhoods/cities/regions where there are no retailers, or in places where they have closed.

What do you think is necessary for greater investment in the Lottery Network and more collection to be passed on to public coffers and, thus, to help society as a whole?
At a meeting last year in the presence of President Jair Bolsonaro, we made available a complete study of lotteries in Brazil that could serve as a basis for this. In this report, we pointed the need to modernize the lottery portfolio, with very interesting products that could substantially impact the collection, with the potential to at least double or even triple this volume, depending on the actions taken. This would automatically mean multiplying, in the same proportion, transfers to the government's social programs.

The per capita spending on purchasing lottery products in other countries (just consider our neighbors Argentina and Uruguay) is at least 3 to 5 times that spent on the Brazilian market (even though the GDP per capita of those countries is lower than ours). But to exercise this potential, it is necessary to focus the management entity on the lottery market, with a business model that meets the needs of this branch and investment in marketing in lotteries.

If you can take stock, what has 2020 brought to the lottery network despite the pandemic? Was there an increase in the online lottery sector?
It is a very difficult year, especially for those lottery stores confined to shopping centers, who were unable to work, or for those who had to operate in restrictive conditions imposed by the health crisis marked by the drastic reduction in the number of customers. With the pandemic, the portion of the population with bank balance used internet banking to process their payments, reducing the volume of operations carried out by the Lottery Network.

On the other side (Sale of Lottery Products), there was a migration of a portion of bettors to the CAIXA Online Games platform (namely, the commission paid to lottery retailers in this case is less than half that paid when the product is sold in stores , even if it is not a new customer, but one “captured and managed” in the scope of lottery). The combination of these two effects could not cause a worse situation, which persists and requires immediate actions to reverse it. It is noteworthy that the numbers show a substantial reduction in the amount of bets (especially Mega Sena, the main lottery game mode), and a drop in the collection that projects the collection of 2020, similar to what has been occurring since 2015.

It must be said, however, that CAIXA has made some moves to mitigate the negative effects on lottery revenue, ranging from changes in one of the lottery products, the second largest revenue (Lotofácil), which had an increase in revenue until August, impacted by the special draw of Independência, including the launch of a new product (Super Sete).

What worries lottery retailers at this time of instability? And what can be done about it?
There is a concern with Loterias Caixas game portfolio when compared to the main markets. In Brazil there are 11 modalities, against 6 modalities in established markets. If we consider that 83% of lottery collections in Brazil come from 3 modalities (Mega, Lotofácil and Quina), we can say that product management needs to change, focusing on those with the highest collection and exclusion of games that do not offer a greater revenue outlook. Another difference in relation to the big markets is the existence of millionaire and successful games, while in Brazil we have the Mega Sena, which does not fulfill the expected characteristics of a millionaire game.

Information shows that there is a new modality of millionaire game under study, but contemplating the maintenance of the Mega Sena. In this case, even in order not to "cannibalize" or aggravate the loss of Mega Sena's participation, it would be important to promote minor modifications of Mega's scope in order to allow a clear distinction between Mega and the millionaire lottery to be created. Maintaining the current format of the Mega Sena, there is a risk of - eventually - making both modalities unfeasible.

In the specific case, ALSPI presented a broad study on the millionaire game modality that demonstrates that the Brazilian market does not support the coexistence of two millionaire games, nor a game in which a simple bet, even if a millionaire, costs R$7.5 (which seems to be the case with the proposal under discussion at CAIXA). Such study aims to collaborate in the development of this modality, crucial for the recovery and survival of the Lottery Network.