For now he will only participate in FIFA matches

Manchester City star Sergio Leonel Agüero has formed a partnership to create and manage eSports teams, as many other footballers have recently done, and is already in the process of signing players. The forward partnered for this project with Eleven Talent Group, his representation company, and created the firm Slak eSports Europe (Sergio Leonel Agüero Kun). For now, he will only participate in FIFA matches, the EA Sports football video game. 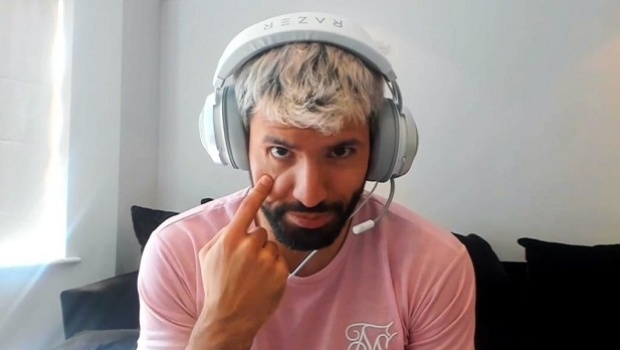 Such is his passion that the Argentinian star has decided to create his own team to participate in the many tournaments that are organized. By the moment, Agüero's idea is to participate only in FIFA matches, the EA Sports football video game that already organizes highly relevant championships. The attacker is looking for players and, although he is usually the one who makes the headlines for possible signings, for some time Aguero himself will decide who to incorporate into his squad.

The team will be called Slak. A very special name for the Argentinian, as it corresponds to the initials of his name: Sergio Lionel Agüero Kun. In addition, Slak's nickname is the one he uses on his Twitch account, the platform on which all streamers and users can broadcast live their different video game games, either with FIFA or with other currently fashionable ones such as Among Us or Fall Guys.

Slak's headquarters have been set up in Barcelona, ​​which shares its registered office with the European division of Eleven Talent Group, the representation agency that has protected his professional career since he was fourteen years old. At the head of the company as administrator is Jordi Sallés, who at the beginning of 2019 took over the management of this office, after 25 years as vice president of finance for IMG's tennis and football divisions.

The constitution of this company comes just a month after Slak Esports SRL was created in the capital of Argentina, with an initial investment of US$100k and managed by Gerardo Fadanelli, director of Eleven in the Americas region.

Kun is a great lover of video games. During the lockdown, he faced other footballers such as Marco Asensio and Courtois on numerous occasions and went viral on the Twitch platform, where he now has 2.3 million followers.

Kun's channel was the second fastest growing Spanish one and has gone viral in games like Fall Guys: Ultimate Knockout, Fifa, GTA, Counter Strike, Valorant, Fortnite, Rocket League. In fact, he has been named by various industry experts as the best streamer of the season. Just five days ago, Ibai Llanos, media commentator for eSports and current content creator for G2 Esports, organized a tournament for fans that was attended by numerous personalities, including Kun Agüero, who reached the top 5 of the competition.

The history of footballers with eSports goes back a long way. The first to enter this sector was Gerard Piqué, three years ago. The Barça player now owns his Pro Evolution Soccer league, PES eFootball.Pro and has a tournament organizing company called eSports Media Rights. Later, other players joined this trend. In fact, the eSports company, Guild eSports, owned by David Beckham, plans to go on the stock market with the goal of raising 20 million pounds.

But they are not the only ones who have been successful in the world of eSports. A few weeks ago, the Real Madrid player, Carlos Henrique Casimiro, established Casemiro Sports Brasil to launch his own electronic sports company. Antoine Griezmann has his professional team, Grizi Esports, as does Gareth Bale, who founded Elleven Esports to dedicate himself to Fifa. Álvaro Morata, Dani Parejo and Álex Abrines created the Ramboot Club and Thibaut Courtouis and Borja Iglesias, the DUX Gaming.

In addition, Zlatan Ibrahimovic is the owner of the Challengermode platform, which organizes electronic tournaments and signed for the League of Legends G2 eSports team (of which André Gomes is an investor) and Sergio Reguilón is a shareholder partner of Team Heretics. Likewise, former player Ronaldinho owns the PES league, eLiga Sul, Ronaldo Nazário owns 50% of CNB eSports and David Villa created DV7 E-Soccer.