“State lotteries represent an important collection instrument for their States” and what is at stake in today's STF trial is “state autonomy to explore lottery modalities, in order to manage them and adapt to reality”, being of great importance to them, 'mainly at a time of revising revenues and expenses to face the investments to contain the pandemic arising from the COVID-19.' The opinion is by Marcos Joaquim Gonçalves Alves and Bábara Teles, in a column published in Estadão newspaper. 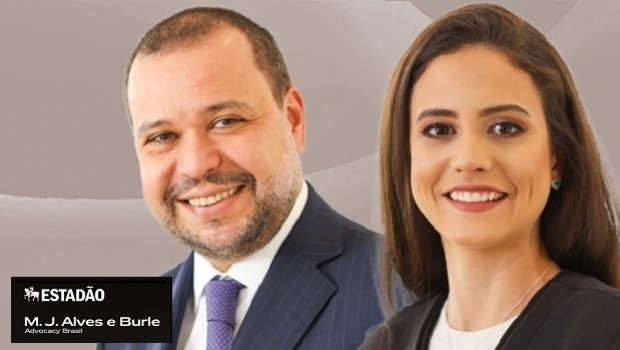 States and the gaming industry are looking forward to finally having the legal certainty of a final decision by the Supreme Federal Court (STF), after years of injunctions based on a 1960s decree. For a business that is complex, but that generates income and jobs, it is essential to guarantee new businesses a positive signal from the STF. This is a clear, crystalline case of how legal certainty is relevant to the business environment in the country.

This Wednesday, 30, the STF must resume the trial and finally decide the direction of the state's lotteries in the country. Under the report of Minister Gilmar Mendes, in process since 2013 and 2017, respectively, the Direct Action of Unconstitutionality (ADI) n. 4,986 and the Fundamental Precepts of Non-Compliance (ADPF) n. 492 and 493 question the Union's monopoly for the exploitation of lotteries, including state ones.

Although very old and outdated, Lotteries are governed by Decree-Law no. 204 of 1967. The Decree-Law determines that the operation of lottery - here, understood as federal and state - is an exclusive public service of the Union not subject to concession (art. 1), performed by Caixa Econômica Federal (art. 2). Regarding state lotteries, it is determined that the situation at the existing time is maintained, without the creation of new state lotteries (art. 32) and demanding that existing ones cannot increase their emissions, that is, evolve (§1 of art . 32).

In few words: the 1967 Decree-Law, prior to the current Federal Constitution (of 1988), prevents new state lotteries from being created and existing ones from being expanded. This is because, without legislative analysis, currently the Union's monopoly is the exploitation of the lottery service. At this point, it is worth mentioning that the Decree-Law was accepted by the Constitution, an understanding already consolidated by the STF and that allows the operation of state lotteries at the time.

Thus, currently 15 states are allowed to explore such a lottery. On the other hand, 11 states and the Federal District cannot use this mechanism. This is because, at the time of the publication of the Decree-Law, the state lotteries that were in operation can continue to function; however, those states that did not have constituted lotteries, cannot exploit this modality today.

Thus, the federal states that had state lotteries in 1967 can continue their exploration, as long as they are limited to the reality of the time. On the other hand, states that do not have such draws cannot create a new state lottery.

At stake in the judgment by the STF is the autonomy of States to explore their lottery modalities, in order to manage them and adapt them to reality more than five decades after the edition of the rule, in addition to deconstructing the Union monopoly to govern lotteries state.

The STF's definition of the topic is of great importance to the federal states, especially at a time of revising revenues and expenses to face the investments spent to contain the pandemic arising from COVID-19. It is important to note that the revenues from prediction competitions are responsible for financing social security, that is, health, social security, and social assistance (art. 195, III, of the Federal Constitution). State lotteries, therefore, represent an important collection instrument for their States.

In order to adapt to the situations of the current economic, financial and social reality, 53 years after the publication of the Decree-Law responsible for paralyzing operations, state lotteries suffer from a series of judicial decisions and questions in administrative processes, which do not guarantee legal certainty for operation and development. Currently, established state lotteries are sometimes prevented from operating or have their operations suspended by decisions of Federal Government, administrative or judicial authorities.

Although the Magna Carta determines that the draws legislation is the exclusive competence of the Union (art. 22, XX) - and, at this point, the STF understands that lotteries are characterized as a sort of sweepstakes (Súmula Vinculante n. 2) - , it is important that States can have the final interpretation of the limit of their participation (active or not) in the intrinsic definitions of the state lottery market, without facing the Federal Constitution, but adapting to the new Brazilian reality years after the law in force.

The definition of the STF will guarantee the States the necessary legislative interpretation so that they can continue operating their state lotteries or even create and extend their services, which has been done at the mercy of a national definition, in accordance with the well-being of state government agents, most of the time questioned in lawsuits or administrative proceedings.

It is also necessary to analyze the feasibility of a new regulatory framework for gaming in Brazil, so that we can advance in much needed investments for the economic and financial survival of the Union and States - especially in the current scenario. In short, this would be a great solution, which, together with the decision of the STF, could represent a leap in this business, with security, transparency, and strict rules. It can be a great opportunity to discuss developments for lotteries, both federal and state, in this new environment for allowing gaming to operate in the country.

The interest of investors, including foreigners, in exploring the gaming sector in the country is well known, provided that the necessary legal security and correct control instruments are guaranteed. Thus, the decision regarding state lotteries can be a good start to demonstrate the commitment of Brazilian institutions to the theme and the importance of rediscussing old and outdated parameters. A big deal can arise and the first step, with legal certainty, can be taken with the Federal Supreme Court today (Wednesday 30). It is inconceivable that large investments, especially foreign ones, are made based on deals anchored in injunctions and, for example, therefore, the solution necessarily passes through the STF.