One of the biggest in the whole world?

Many countries have a rich and full history when it comes to their country and gambling. Brazil is quite different. You might think that due to the fact that Brazil has a rich relationship with sport and always offered top athletes, gambling is always as rich. Little do people know that in the 1940s, a change in the leadership in government, brought in a massive change in how Brazil viewed gambling.  Following the new government taking charge all forms of gambling, including lotteries and horseracing were banned. Made illegal to be precise. 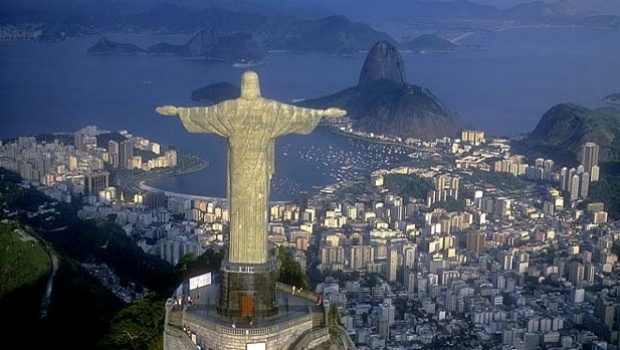 Fast forward to the 1990s and Brazil found a seamless loophole and started using and gambling on bingo machines.  How did they manage that?  Funnily enough, this became a reality if gamblers supported non profit organizations and also religious entities.  This charade continued flawlessly till 2004, until a scandal erupted. The matter saw the closure of bingo gambling, however the matter was quickly overturned and people could start gambling on bingo again. Freely, of course.

Internet gambling launched world wide and this became an overnight sensation in Brazil.  This did not go down very well with the government and in 2011, a law was passed that banned the usage of credit and debit cards for gambling purposes. The ban on cards was done for both online and offline gambling transactions, however the 2014 World Cup, saw this ban temporarily reversed.  Following that the government went onto a campaign to try and ban gambling via restricting sites via internet providers. This is how much Brazil wanted to ban gambling and take control of the situation.

Brazil and its lawmakers have proposed a good number of changes that will see Brazil moving to a place and age where gambling is made legal. Some of these proposals include bills to finally make legal cash played poker games, online casino gaming, slot machine fun and also bingo. During late December 2018, a bill was passed to legalize fixed odds sports betting. The tasks to establish regulations and procedures about this bill was entrusted to The Brazilian Ministry of Economy.  We are hoping that the law will be introduced and advertised later on this year. Hopefully by the end of this year, Brazill will see the implementation of this law, and people can bet freely on fixed odds sports betting.

There has been much talk about the gambling industry in Brazil, and the good news is that after a whopping 70 years, the market is finally set to launch in a legal and regulated fashion. Even Brazil’s President Jair Bolsonaro made his thoughts public about the matter.  The Brazilian head mentioned that his wish is to adopt a set up just like Canada and the United States,and allow all the Brazilian states to take charge and allow each state to set up their own laws and regulations with regards to gambling.

Following the 2018 passing laws to legalize sports betting, the next issue to think about was the public’s opinion on gambling. Part of the 2 year buffer to implement the laws, the government issues a call for public consultations and opinions.  A total of 1800 suggestions were collected from the public as a whole.  Due to the fact that the Brazilian’s laws do not differentiate between online and offline gambling, the laws would be implemented for both.

The next matter on the cards to talk about and discuss was of course payments, and how gambling would be funded. The banning of debit and credit cards for gambling purposes is something that was noted and also adopted by the UKGC for both online casinos and betting sites licenced in the UK. Just like in the UK, many sites offer other payment methods and e-wallets that of course do not need a card to support your online fun.  Some of these options include Boleto Bancario, a popular e-payment method used in Brazil to transfer funds to your e-wallet without specifically needing a credit card.  Other payment methods are also available in the country, so the choice is not a limited one afterall.

Funnily enough, there is some gambling that is legal in Brazil and also enjoys a solid fan base. On track horse racing has been legal for decades in Brazil and the hype over it is massive. Some of the organizers of horse racing are following the introduction of laws and regulations, to make sure that sports betting is all made legal, their activities and marketing campaigns will be aligned with the laws.

Betting and Gambling games that carry a prize could be easily classified as gambling, and this would be branded as illegal. On the other hand the traditional poker game has always been regarded as a game of massive skill, hence buy-in games are always legal for operators to host such games.

Funnily enough, bingo is still illegal.  Yet, if a bingo game or a bingo tournament is hosted by a religious entity, a sports club or any other non-profit organization, then this is deemed as legal. The scope behind this is for the said NGO to raise funds from such events to finance their activities. This practise has been quite popular in Brazil, in fact there are over 1000 bingo centres all spread across the country.

There was some talk of bureaucracy as state run lotteries are of course allowed, with the Caixa Economica Federal having full constitutional monopoly on the whole lotteries operation. The Brazilian Government has actual plans to make private some of the lottery operations, however there is still a long way to go. A public call was issued, however the lack of interest on the matter seems to stall the proposal. Bottom line is, there are not many companies that want to take on board the task of making lotteries a household name in Brazil, whilst facing criticism.

Would you believe that land based casinos and also slot machines are still deemed as prohibited and illegal? Should Brazil amend the 1941 law on gambling, the country would see gambling being made legal in casino hotels and also other leisure resorts.  Although not much development is being done about the matter, the country hopes to amend such laws and see Brazil’s economy benefit from Vegas like places and cities being launched, hopefully in the near future.

It is very common knowledge that Brazil has a passion for sports and betting. The country has a population of over 200 + million people, and over 60% of these people love a cheeky sports bet here and there. This notion is not being unnoticed by online gaming and casino operators, and the potential of launching a Brazil market offers endless possibilities for both casinos and sportsbook companies and operators.  If the laws are revamped, Brazil could be one of the biggest sports markets in the whole world.

KPMG is one of the biggest audit and accountancy firms across the globe. The company has teamed up with the Remote Gaming Association (RGA) in Brazil and conducted a market research on the amount of money that is spent on unregulated gambling. The astonishing figure of $2.1 million was advised. One of the things that KPMG has proposed is a solid taxation scheme that is based on the turnover following the implementation of gambling laws in Brazil. On the other hand, the Brazilian Legal Gaming Institute envisages that the gambling market in Brazil generates $6 billion a year.  Imagine the amount of tax that Brazil could benefit from once gambling is made legal.


What do the Brazilian people think …

The People of Brazil want gambling to be legal, and then having the option to legally place a bet or spin a slot machine without being busted or fined. A survey entitled ‘ Global Views on Vices- 2019’ was carried out with 66% of Brazilian people in support of land based  casinos being made legal.  A 25% of the people interviewed, still deem that gambling should still be illegal.  With regards to online gamblimg and online casinos a 64% are in favour of having it legalized, whilst 25% still feel that keeping it illegal is the way forward.


Taxation, fees and beyond …

One of the things that the government announced is the issue of licenses that could cost a lot of money.  For starters an initial license could cost 3million BLR that translates to US $735,000.  Land based operations could top the BRL 20,000, $4,900 in US dollars. And the monthly figure for online casinos could see providers and operators pay a BLA 30,000 that is $7300. If operators apply for a land based and also an online license, a monthly fee of BLR 45,000 ($11.000) would need to be paid. Apart from this, applicants would need to make their bank statements public and show a capital reserve of BRL 6 million that is $1.5 million and never operated in unregulated markets.

One of the proposals from the government is a 1% tax on the betting turnover. This was drafted to the President via a decree, but later the figure was rounded up to 3%, with betting shops potentially having to pay a 6% turnover tax.  Many people have said these figures could see less operators open shops in Brazil, afterall who wants to pay so many taxes?

When we mention sports in Brazil, you will undoubtedly think about football and the many footballers that the country has produced. Well, think again as Brazil is a not just a football haven.  Other sports that gamblers and punters follow include basketball games and also beach volleyball. Mixed Martial arts and also Ju-Jitsu are other sports that the Brazilians love to bet on.  And one of the biggest betting havens is also horse racing. This is Latin American gambling for you, a world that is just waiting to be discovered.

As we write this review and we take a closer look at the gambling market in Brazil, online operators are legally not allowed to operate in Brazil. In the meantime, all European operators enjoy ample popularity. If Brazil would regulate the market, they would see companies set up shop, such as Unibet, Betsson, MarathonBet, 188Bet, Betdaq, Betfair, Betfred, Betvictor, Landbrokes, Mybet, Pinnacle Sports, TitanBet, Unibet and even giant Willam Hill. Just to get a headstart over the competition, Bettson has recently signed a deal to acquire an astonishing 75% of Brazilian based sportsbook Suaposta.