The WSOP Online, the first virtual edition of the Poker World Cup, is making history at the tables of Natural8 and the entire GGNetwork. The ambitious US$25 million guarantee, from the series Main Event, is the largest in the history of virtual games, and was even surpassed due to the 5,802 registered entries. Next Saturday (5), when the tournament will be decided, the top four will take at least US$ 1 million in prizes. 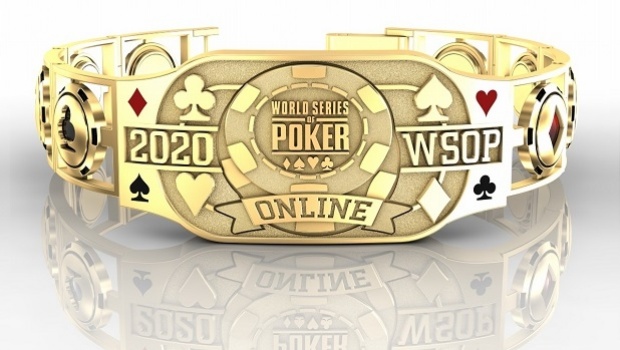 In all, the main event of the Poker World Cup will award US$27,559,500 to the top 728, with US$3,904,686 for the champion, something never seen in online poker. Next Saturday (5), when the tournament will be decided, the top four will take at least US$1 million in prizes. It is only the second time that this has happened at an online event.

The tournament has a US$ 5,000 buy-in and allowed up to three total entries. Several players went to the limit of re-entry, but still failed to advance to Day 2. This is the case of Canadian Daniel Negreanu, who broadcast his three attempts live, without success.

There were 23 initial days to ensure that the guaranteed would be reached and exceeded. With that, the WSOP Online Main Event surpassed the record belonging to MILLIONS Online, which had a US$21,835,000 prize pool and 4,367 entries in December 2018. At that time, the tournament had a US$5,300 buy-in.

Of the 5,802 WSOP Online Main Event records, 3,150 came from satellites. Natural8, as well as the entire GGNetwork, offered great opportunities at more affordable prices for competitors to seek a seat in the Main Event. The special WSOP Spin & Gold also delivered 25 more seats to the race, with a buy-in of just US$2.

Next Saturday, the story will finally be written. The 38 survivors sit at the tables to achieve the maximum glory of online poker, including Brazilians João Fera, Maicon Gasperin and Lucas Tabarin. They have already secured at least US$39,214, which is the prize for the 38th and 37th place finishers. Among the remaining participants, six of them sold percentages of the action through the Staking Platform integrated in the application.