After its success in Brazil and Portugal, Academia das Apostas expands to new markets

Academia das Apostas (Betting Academy), a website of Portuguese origin built by bettors for bettors, has just expanded its presence to Mozambique, Nigeria and Peru, markets in rapid growth. The platform of professional trader Paulo Rebelo, Pedro Sardinha and Rui Barbosa provides information on live game results, predictions, club and player statistics, analyzes, prediction contests and even a sports betting course. The founders claim to be leaders in Portugal and Brazil, where they account for 75 thousand subscribers. 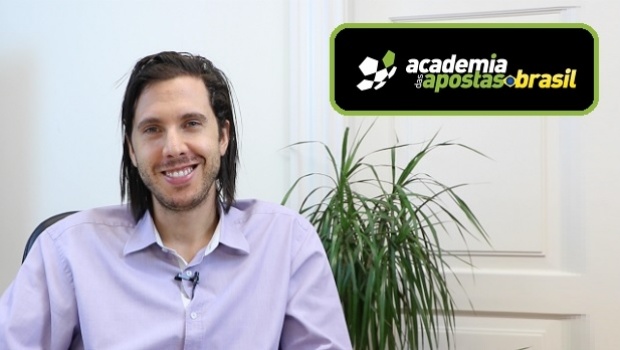 As the founders stress, it is important that the bettor is well informed, know what an odd is (probability of a certain result occurring), its value, care to be taken - and also when to stop. Created ten years ago, Academia das Apostas has its main markets in Portugal and Brazil, although it is present in 30 countries, but most of them are still positional since the entry cost is very low, explain the entrepreneurs. International expansion is determined by the influx of users to the site.

When Academia registers an upward movement of traffic, it analyzes the size of the market, the most widely spoken language, legislation, internet access and even the Gross Domestic Product (GDP) per capita and its distribution to find out if a bet in this geography has potential. This was the case in these three new markets. But the challenges that are proposed do not end there.

At this time, Academia das Apostas operates in Portuguese, English and Spanish, but already aims at French. As the founders recognize, a decisive step for its evolution will be to launch the site in French and be in the African markets where that language prevails.

The dream of growing up doesn't stop here. For the founders of this project, online for ten years (there was no regulated online gaming in Portugal yet), the real dream markets are US and the European. In the latter case, it is very difficult to gain space "because there is a lot of competition and online gaming is widely publicized and known," they say.

Per day, the different websites of the Academia das Apostas register more than 50 thousand visits, more than 1.5 million monthly, with only 30% of those visitors “seeing a page per session, the remaining 70% continue to browse the site,” stress the partners.

There are 200 thousand subscribers who have free access to a range of information, where more than 500 modalities are registered. Football is king, but there is also data for tennis, combat sports, horse racing, basketball, even eSports. For each market there are personalized domains.

In Portugal, the site has 115 thousand subscribers. In Brazil, it counts 75 thousand. Based on these figures, Academia claims to be a leader in the Portuguese-speaking market. “Because we are one of the oldest, due to the conversations we have with partners, due to some tools that exist online to measure the traffic on the sites, we affirm that we are leaders in Portugal and Brazil,” they justify.

The three friends, who have a team of 30 employees, have international operators as partners such as Bet365, Betfair, William Hill, Betway or Pokerstars, the latter also installed in the Brazilian market.